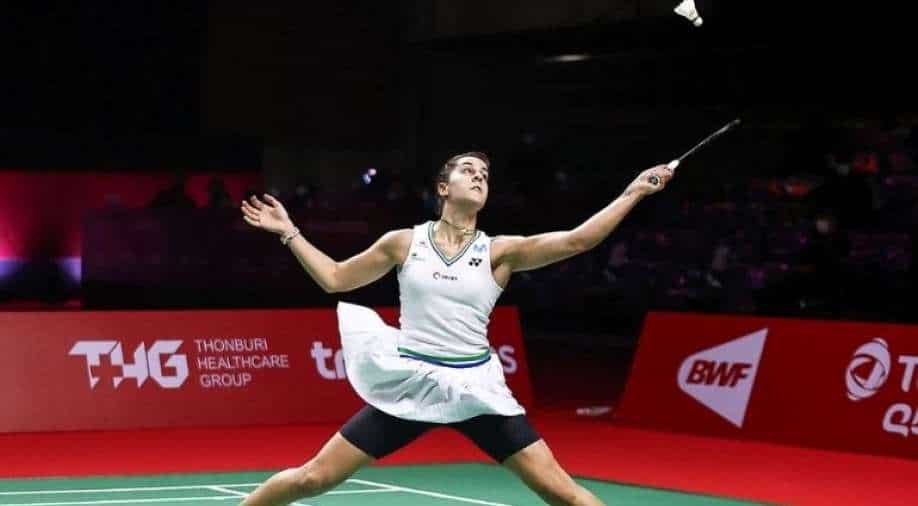 The Rio Olympics gold medallist said that her team will evaluate her knee progress and based on that she will take the call on her participation in upcoming tournaments.

Three-time champion shuttler Carolina Marin on Friday pulled out of the 2021 BWF World Championship after failing to regain fitness following a knee injury.

The 28-year-old Marin had earlier withdrawn from the All England Championships this year after suffering the injury during the Swiss Open. However, she was planning to make a comeback at the World Championships beginning in Huelva, Spain this Sunday.

"I was having a really good start to the season, I had won four tournaments out of five. I was feeling very confident, strong and in a really good physical and psychological condition until just one bad movement broke my knee completely," Marin said in a video posted on her Twitter handle.

"Mentally it has been really hard to keep myself up, my priorities have always been health and well-being. Therefore my team and myself have decided not to play the Huelva World Championship," she added.

The Rio Olympics gold medallist also said that her team will evaluate her knee progress and based on that she will take the call on her participation in upcoming tournaments.

"We have also taken the decision of not having a formal date for a comeback to competitions until we are 100 percent sure my knee is fully recovered. So we will be evaluating slow knee progress and the sensations. I am having it daily, so we believe I might be officially playing again in February and March," she said.

Apart from Marin, two-time gold medallist male shuttler Kento Momota of Japan and the 2017 World Championships gold medallist Nozomi Okuhara have already withdrawn from the tournament because of various reasons.