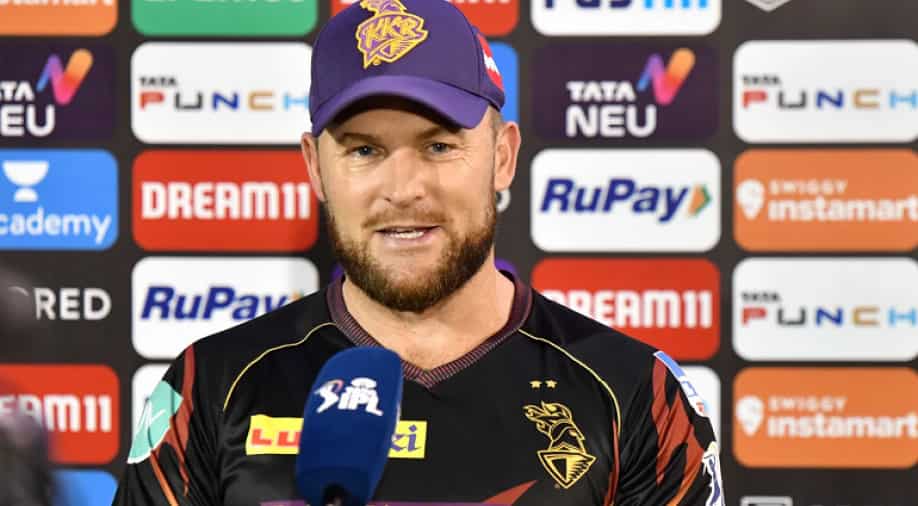 Former New Zealand captain Brendon McCullum has reportedly informed Kolkata Knight Riders (KKR) that he will be leaving the franchise to take over as the new Test coach of England.

As per BBC and reports in the British media, McCullum is likely to replace Chris Silverwood as the new Test coach of England and an official announcement is expected this week. Silverwood was fired by England earlier this year after their humiliating 4-0 drubbing at the hands of Australia in the Ashes 2021-22.

As per a report in the Indian Express, McCullum recently informed about his plans during a team meeting and revealed he will be taking over as coach of the England national team.

“He informed us that he won’t be part of KKR going ahead as he will be taking up a job as England cricket team coach. He informed us during a team meeting a few days ago,” a KKR insider was quoted as saying by Indian Express.

Also Read: 'He is a loving guy': Pakistan star Rizwan lauds Cheteshwar Pujara after playing together for Sussex

While he has coached teams in franchise cricket, McCullum is yet to coach an international team and will begin his coaching journey in international cricket with England. Under McCullum, KKR have failed to win the IPL title. They came close last season by reaching the final in IPL 2020 but lost against CSK to miss out on the trophy.

In the ongoing IPL 2022, KKR has struggled for consistency but have managed to remain alive in the race for playoffs with five wins in 12 matches in the competition so far. KKR have an outside chance of making it to the playoffs this season if they manage to win their remaining two games by a big margin.

Also Read: 'We gave up & were weak': Gambhir delivers strong speech in dressing room after LSG lose to GT

McCullum, who captained New Zealand in all three formats and is regarded as one of the greatest Kiwi captains of all time, will have his first Test assignment as England coach against the Black Caps. England are scheduled to host New Zealand in a three-match Test series at home which will be the first big challenge for new captain Ben Stokes and coach McCullum.