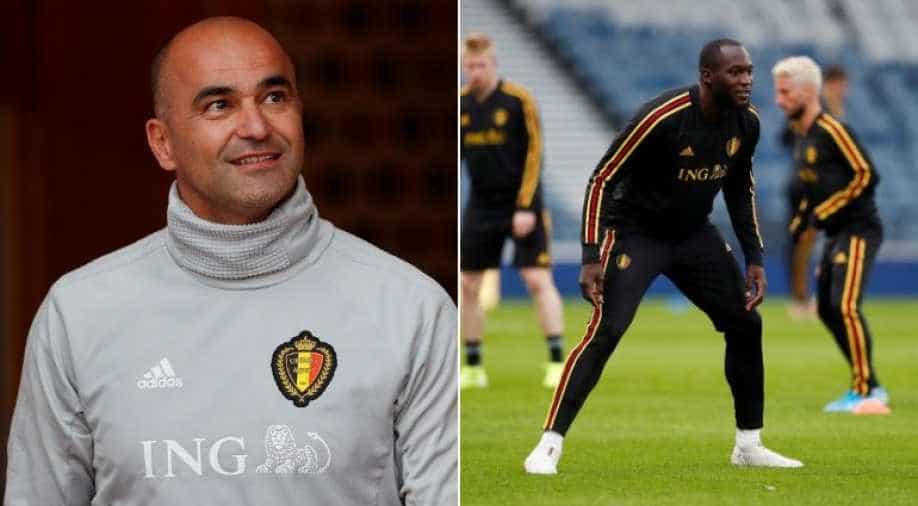 Lukaku's short time in Italy has not been without problems, however, with the striker subjected to racist abuse by Cagliari supporters last week

Leaving Manchester United for Inter Milan has reinvigorated Romelu Lukaku and the striker is happy and hungry as he enters an important phase of his playing career, Belgium manager Roberto Martinez has said.

Belgium international Lukaku joined Inter last month, ending a two-year spell at United, which began well, but ended with him battling for a place in the team.

The 26-year-old has scored two league goals in as many games in Italy and Martinez is confident Lukaku's bright start to life in the Serie A can translate into success for the national team.

"This is the first time I've seen him free and happy. Going back to many camps, I've not seen Rom so focused, so happy, so refreshed by the new challenge," Martinez told reporters ahead of Monday's Euro 2020 qualifier in Scotland.

"I think he's now ready to face one of the biggest chapters in his career with the Inter move. He's driven to be as good as he can for the national team... I've been impressed."

Lukaku's short time in Italy has not been without problems, however, with the striker subjected to racist abuse by Cagliari supporters last week.

But Martinez said the incident had not affected Lukaku's mood during international duty.

"It's true he was sad with the episode he had to go through, but I'm sure that is something that everyone... will try to help him with, and try to eradicate.

"There's no tolerance for that kind of behaviour."

Belgium are top of Group I, with 15 points after five wins.