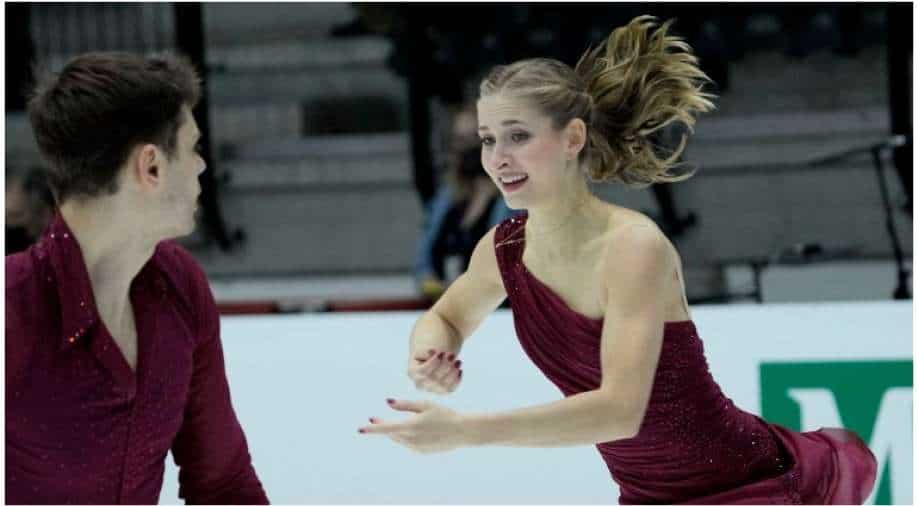 Hase trained alone at a practice facility in Beijing on Thursday. She said they would have to wait and see whether they could take part in the pairs event starting on Feb. 18.

Germany will compete without their figure skating pairs in the team event at the Olympics after Nolan Seegert tested positive for COVID-19 a second time and was isolating in a hotel, the German Olympic Sports Confederation (DOSB) said on Thursday.

Seegert was on the roster with partner Minerva Fabienne Hase for the team competition starting at the Beijing Games on Friday.

"Team Germany will compete in the team event but without the pair," the DOSB said in an email to Reuters. "This way, the other team members will test the ice in a competition and will get some experience before their individual events."

Hase trained alone at a practice facility in Beijing on Thursday. She said they would have to wait and see whether they could take part in the pairs event starting on Feb. 18.

"Nolan is so far symptom-free," Hase told reporters after her training session. "Of course it was a shock for me as well. We were careful. I struggle a bit right now. I will try to get back on track in the next days."

The pair ranked third in the 2019/20 Grand Prix and fifth in the European Championships in 2020.
A number of athletes have been ruled out of the Feb. 4-20 Games after testing positive on arrival at the airport, while others who are asymptomatic are isolating.

Italian pair Rebecca Ghilardi and Filippo Ambrosini said they were sad to see competitors affected by the virus and were taking measures to prevent a similar ordeal happening to them.

"It`s a hard situation," Ghilardi said. You try to be safe as much as you can. Since Christmas we are in our bubble."