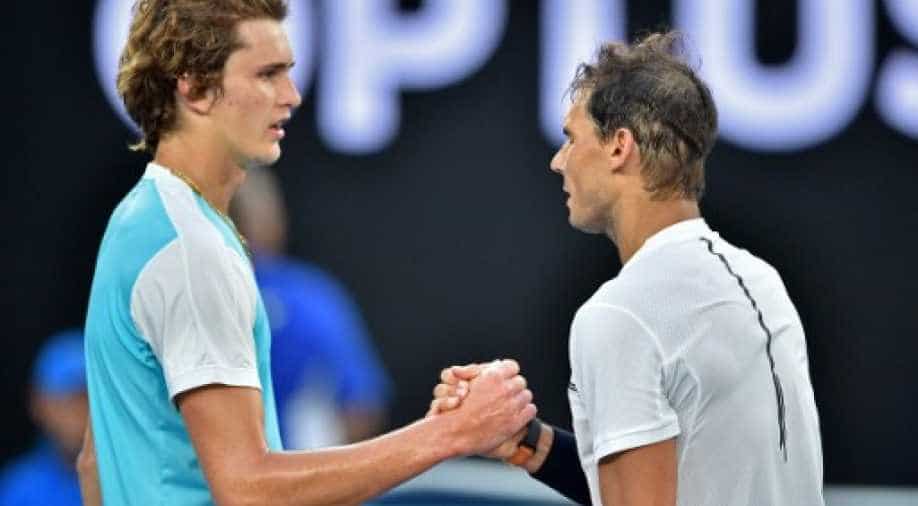 Rafa Nadal held off a fierce challenge from one of the hottest prospects in the game when he outlasted German teenager Alexander Zverev 4-6 6-3 6-7(5) 6-3 6-2 to reach the last 16 of the Australian Open on Saturday (January 21).

The Spaniard, champion here in 2009, needed to be at his resilient best to come out on top after more than four hours of top quality shot-making and thrilling rallies which earned both players a huge ovation from the Rod Laver Arena crowd.

The 19-year-old showed in spades why many consider him a future grand slam champion but was just unable to stay with Nadal in a gripping deciding set, which the 30-year-old sealed when the 24th seed netted a forehand.

Returning to Melbourne Park as ninth seed after curtailing his 2016 season because of injury,Nadal will next face Gael Monfils of France as he bids for a 15th grand slam title.

Milos Raonic's machine-like advance through the men's draw suffered a brief glitch against Gilles Simon but the Canadian re-booted to delete the dogged Frenchman 6-2 7-6(5) 3-6 6-3.

Third seed Raonic lost his first set of the tournament and his composure against the indefatigable Simon, whose hard running and passing shots threatened to turn the game on its head at a heaving Hisense Arena.

Raonic drowned out the Gallic cheers by capturing the decisive break in the sixth game of the final set and sealed the match with a big kicking serve that Simon could only parry into the net.

Raonic, a semi-finalist last year, next plays 13th seed Roberto Bautista Agut for a place in the quarter-finals.