Australian Open: Andy Murray, Stan Wawrinka march on to Round 4 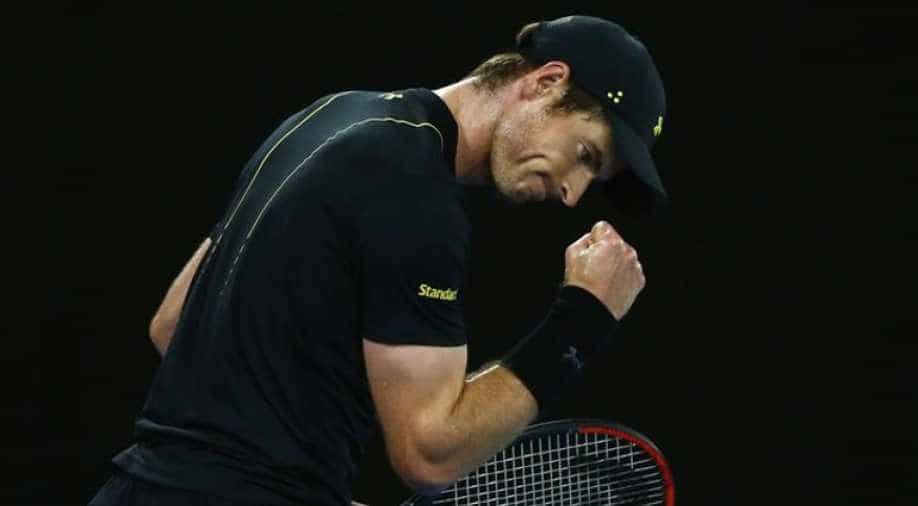 Andy Murray saw off a tricky challenge in the form of Sam Querrey in straight sets to set up a last 16 clash with Mischa Zverev. Photograph:( AFP )

Andy Murray saw off giant-killer Sam Querrey on Friday as he ramped up his bid for a first Australian Open title after the shock departure of six-time champion Novak Djokovic.

On a cool day in Melbourne, the men's number one and women's top seed Angelique Kerber both hit a hot patch of form as the final rounds beckoned.

Murray will have watched from the sidelines as second seed Djokovic, his conqueror in four Melbourne finals, suffered a stunning defeat to 117th-ranked Denis Istomin on Thursday.

Querrey also upset Djokovic at Wimbledon last year but Murray, made a knight in Britain's New Year honours, never looked like slipping on any banana skins in round three.

He put Querrey away 6-4, 6-2, 6-4 in just under two hours, winning 77 percent of points on his first serve and facing only three break points in a clinical display.

The Scot also showed no signs of discomfort in his right ankle, after he rolled it painfully during his second-round win over Andrey Rublev.

Andy Murray on Friday downplayed Novak Djokovic's shock exit from the Australian Open and said it was "unreasonable" to expect to the Serb to maintain his dominance long-term.

The top seed was as surprised as anyone by Djokovic's defeat to 117th-ranked Denis Istomin in the second round, but he dismissed suggestions his rival was "struggling".

Next up for Murray is an assignment with Mischa Zverev, the elder brother of highly-rated German teen Alexander who came through in four sets against Tunisia's Malek Jaziri.

The winner of that meeting will play either Roger Federer or Tomas Berdych, the old Grand Slam rivals who play the night match on Rod Laver Arena later.

Stan through to next round

In the women's draw, Kerber finally got into her stride with a 6-0, 6-4 destruction of Kristyna Pliskova, the 58th-ranked twin sister of Czech fifth seed Karolina.

The German defending champion was an early loser at both of her warm-up tournaments and was taken to three sets in unconvincing wins in round one and two.

But Kerber clicked into gear against Pliskova, winning in just 55 minutes to set up a last-16 clash with America's Coco Vandeweghe, who ousted Canadian starlet Eugenie Bouchard.

"I'm looking forward to the next one. Yeah, I think that I find my rhythm to the tournament now," Kerber said.