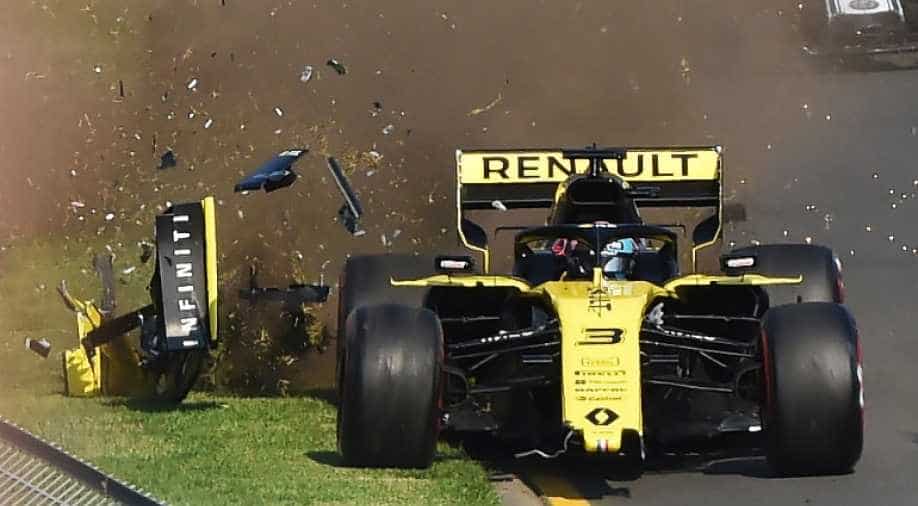 Ricciardo was already underwhelmed by Renault's performance during winter testing, and worked hard to lower expectations to success-starved fans in the leadup to Melbourne.

Seemingly destined for disappointment at his home Grand Prix, Australian Daniel Ricciardo might have hoped for an end to the curse after switching from Red Bull to Renault.

Instead, the home hero's hoodoo continued on Sunday as he suffered a calamitous start and ended up retiring for a third time at Albert Park.

Both Ricciardo and Verstappen had fumed over the performance of their Renault-powered cars last season, so the Australian might have felt a tinge of regret seeing Red Bull's successful debut with the engines of once-maligned Honda.

Ricciardo was already underwhelmed by Renault's performance during winter testing, and worked hard to lower expectations to success-starved fans in the leadup to Melbourne.

But even those low expectations were not met.

He lined up 12th on the grid after a poor qualifying on Saturday, and within seconds of the start, he had destroyed his front wing on a gutter after being pushed into the grass near the pit lane.

It prompted an immediate pitstop and his retirement midway through the race, with damage to broken barge-boards reducing performance and wearing tyres.

"No-one to blame other than just grass and then a big bump of concrete or something. A gutter. It was harsh, the bump.

"Just a shame, a shame it’s over so quickly."

A proven talent with a dependable smile, Ricciardo is beloved in Australia as the nation's sole Formula One racer.

But his popularity has become a chore, with the first race week of the year an endless procession of sponsorship and media commitments.

His inability to reach the podium in Australia has added to the frustration of a race where his desperation for success is matched only by his misfortune.

Ricciardo said it had all taken a toll.

"I don’t know how I’m smiling," said the 29-year-old, who was disqualified from a podium spot on his Red Bull debut at the same circuit in 2014.

"This week’s so long and I don’t seem to ever really have a good break here. I think we’re too busy pleasing everyone else and not worrying about ourselves.

"For sure I’m frustrated this week because again it’s like everyone expects so much but the reality is I’ve got to show up on Sunday and when the race is over in five seconds, whether it’s bad luck or not, I feel like well, preparation wasn’t where it should be."

His teammate Nico Hulkenberg had a better weekend, earning six points for seventh place, a result Ricciardo felt was on par for the car.

"I think we should be a top-eight car all of the first part of the season and then hopefully even better," he said.

"I think Bahrain is going to be a lot easier, that’s like a holiday week. There’s really nothing going on so I can actually prepare properly."