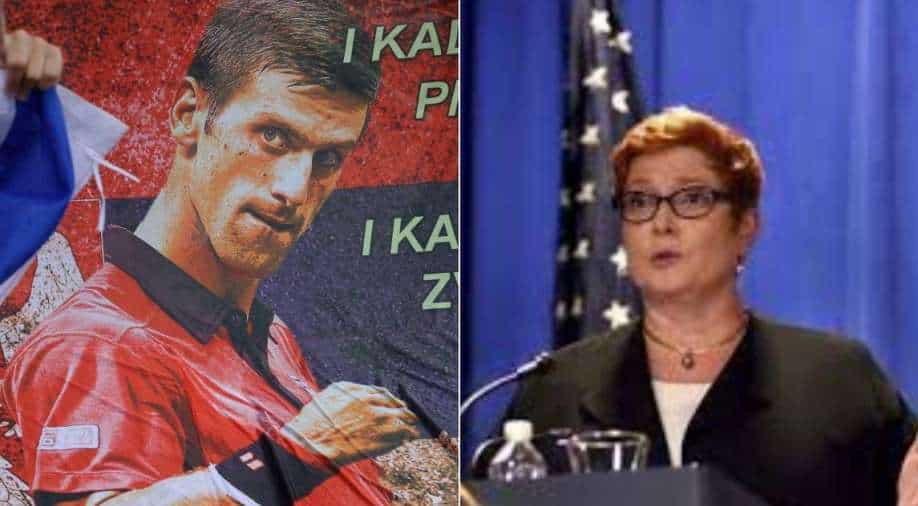 Novak Djokovic flew out of Australia on Sunday (January 16) from Melbourne airport hours after the ruling was announced. Photograph:( Reuters )

The player went to the airport in Melbourne as federal agents escorted him. He boarded an Emirates flight bound for Dubai.

Australian Foreign Minister Marise Payne on Monday (January 17) said that there are no "convenient exceptions" after tennis star Novak Djokovic was forced to leave Australia when a court dismissed his appeal and upheld the government's decision to cancel his visa.

Payne also said, "I am absolutely confident that the very positive relationship, bilateral relationship between Australia and Serbia will continue on the strong footing that it currently enjoys."

Djokovic's hopes of chasing a record 21st Grand Slam win at the Australian Open that starts on Monday were dashed.

On January 16, the Serbian player flew out of Australia on Sunday from Melbourne airport hours after the ruling was announced.

While responding to the court's ruling, Djokovic said that he was "extremely disappointed" but he respected the decision.

Just a few hours later after the court's decision, the player went to the airport in Melbourne as federal agents escorted him and his team from the business lounge to the gate. He boarded an Emirates flight bound for Dubai.

In a rollercoaster ride, the world's top men's player was first detained by immigration authorities on January 6, ordered released by a court on January 10 and then detained on Saturday (January 15) again pending Sunday's court hearing.