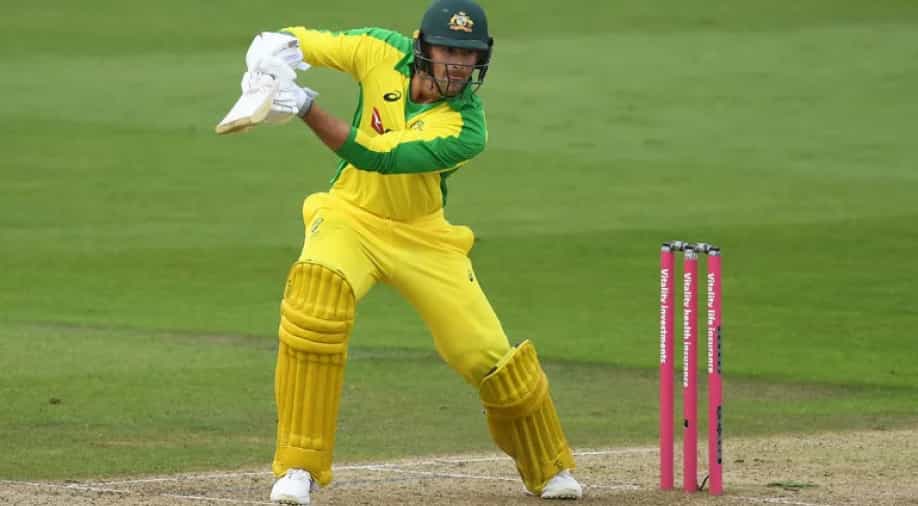 Australian cricketer Ashton Agar has received a death threat after the Aussie team landed in Pakistan for their upcoming Test series in the country.

The Australian cricket team is currently in Pakistan on a historic tour of the country for the first time in 24 years. Australia is the first high-profile team in recent years that is set to play a full-fledged series in Pakistan. Australia last played in Pakistan in 1998 and have arrived this year for three Tests, as many ODIs and a one-off T20I against the Babar Azam-led side.

“This is a warning for your husband Ashton Agar. If he comes for tour against Pakistan he won't come alive," read a part of the message sent to Madeleine on her social media account.

"Your children will miss their Father if he comes to Pakistan. Our snipers will blow his head," it read further. 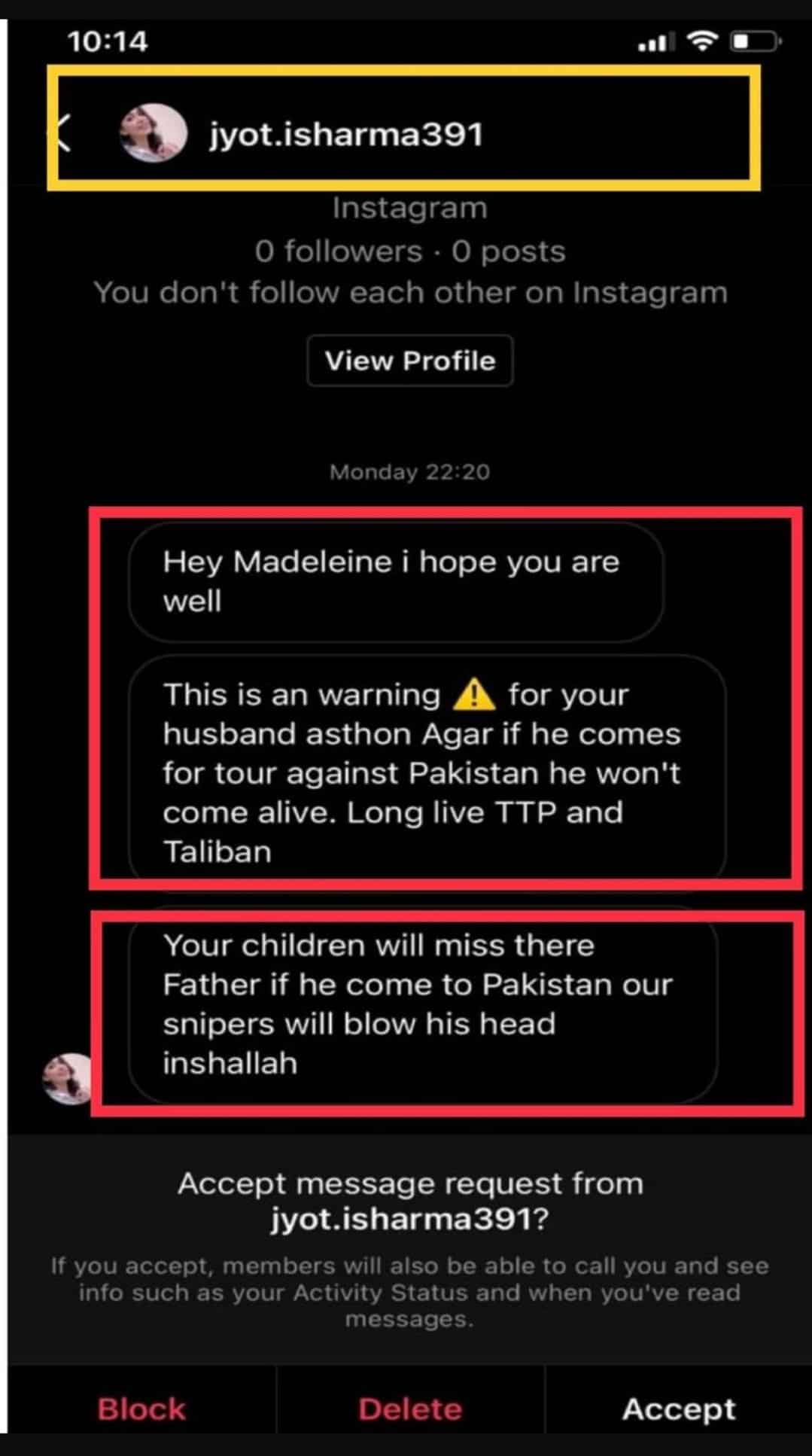 Also Read: Trolls are not real Indians: Md. Shami on facing online abuse after defeat against Pakistan in T20 WC

As per reports in Australian media, Madeleine was quick to inform about the message to Cricket Australia, who have since released a joint statement along with the Pakistan Cricket Board (PCB) on the matter. The Australian team had arrived in Pakistan's Islamabad on Sunday last week ahead of the start of the two-match Test series.

Cricket Australia in its statement said that the threatening message to Agar was not deemed a risk and that extensive security plans are in place for the historic Test series. “There are extensive security plans in place for this type of social media activity, which, in this case, is not considered a risk. No further comment will be made at this time," CA said in a joint statement with PCB.

Australia's tour of the country is a huge boost for the Pakistan Cricket Board in their bid to bring international cricket back to the nation. Major teams have refrained from travelling to Pakistan for security reasons since the infamous attack on the Sri Lankan team bus in Lahore in 2009.

Last year, New Zealand and England had both pulled out of their respective tours of Pakistan handing a big setback to the PCB. However, the Pakistan Cricket Board will hope for a successful completing of the upcoming series against Australia.