Australia have players who can rip a game open quickly: NZ head coach ahead of T20 WC final 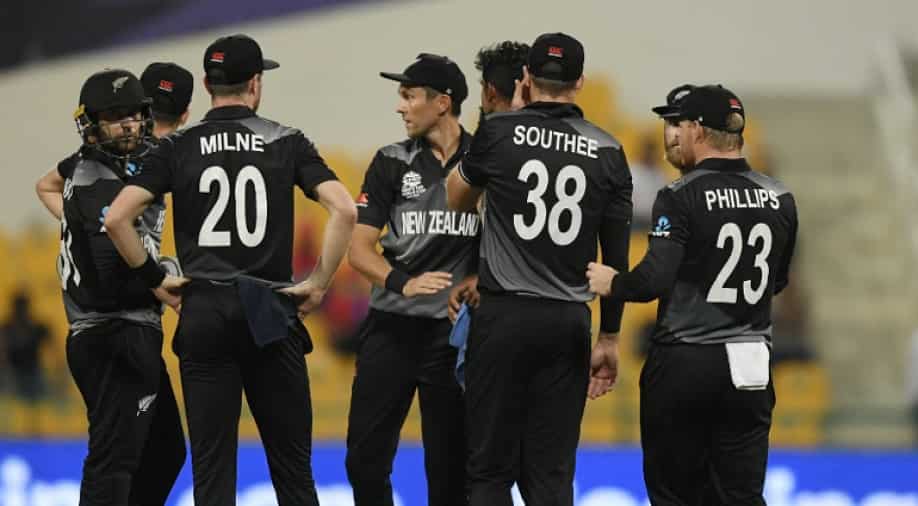 New Zealand will take on Australia in the T20 World Cup 2021 final on Sunday. Photograph:( AFP )

New Zealand head coach Gary Stead is beware of the game-changers in the Australian squad ahead of the blockbuster final between the two teams in the T20 World Cup 2021 on Sunday.

New Zealand will take on Australia in the much-anticipated final of the T20 World Cup 2021 on Sunday (November 14). The all-important clash will be played at the Dubai International Stadium in Dubai. New Zealand were the first team to qualify for the final after defeating England in the first semi-final while Australia got the better of Pakistan to make it to the summit clash.

Ahead of the final, New Zealand head coach Gary Stead has said the Kiwis are wary of the threat the Aussies can possess in the final. Both the teams have never won a T20 World Cup and will be fighting for their maiden title on Sunday.

New Zealand, who were considered underdogs at the start of the tournament, have once again shown why they are one of the most consistent teams in ICC events as they have reached yet another final. They had lost against Australia in the 2015 ODI World Cup final before going down against England in the 2019 ODI World Cup final and will be hoping to lift their maiden title on Sunday.

"I think it's really exciting for this team to be in this situation again. We've played some wonderful cricket in the last four-five years and I guess people measure that success at World Cups. So, for us, to be in another final is really, really satisfying and rewarding for the team," New Zealand head coach Stead was quoted as saying by ESPN Cricinfo.

While Stead lauded his team's efforts, he is aware of the quality in Australia's ranks. The New Zealand head coach said their plans need to be perfect to counter the Aussies as they have got a number of match-winners in their line-up who can change the game on it's head at any point.

"Australia have got a bunch of guys who are real match-winners as well and we've got to make sure our planning and scouting is right on point for all their players because they can rip a game open pretty quickly as well," said Stead.

Australia and New Zealand had both qualified as the second-best teams from their respective groups and have managed to knock out the favourites to set up an exciting final in the T20 World Cup 2021. A new champion will be crowned on Sunday when the two teams battle it out for the elusive trophy.