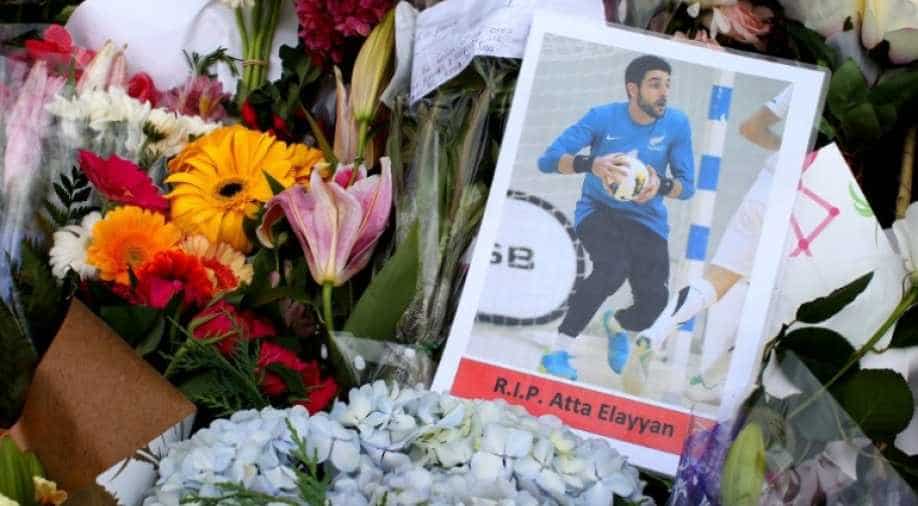 New Zealand futsal paid tribute to Elayyan laying flowers by the Deans Avenue mosque, where he was killed.

Futsal goalkeeper Atta Elayyan was among those who lost their lives in New Zealand's Christchurch mosque shooting.

The New Zealanders mourn those killed in horrifying gun attacks on two Christchurch mosques that killed 50 people on March 15.

The Kuwait-born Elayyan, who was a devout Muslim, offered his last prayer before he was shot at the Masjid Al Noor Mosque, where is used to go regularly.

New Zealand futsal players and management paid tribute to Elayyan laying flowers by the Deans Avenue mosque, where he was killed.

He is survived by wife Farah and young daughter Aya.

In week's time, Elayyan was set to coach his Christchurch Boys' High School futsal team at the secondary school nationals.

The 33-year-old goalkeeper had played 19 A Internationals for the Futsal Whites, according to NZ Football.

Teammate Josh Margetts said, "There is a huge hole in our hearts as we come to terms with the loss of a great person and a good mate."

Elayyan passed on his goalkeeping wisdom to many young futsal players and inspired them to take up the sport.

He was popular for his approachable personality and always helped others.

Can’t stop reading their stories. There is something about Atta Elayyan, a guy who was my age, and all the photos with his young family that won’t escape me. May Allah join us with them all in a better place. #51lives #Christchurch pic.twitter.com/ljhRLyGM31

"One person, a male in his late 20s, has been charged with murder, and should appear in the Christchurch Court tomorrow morning," said New Zealand police commissioner Mike Bush.