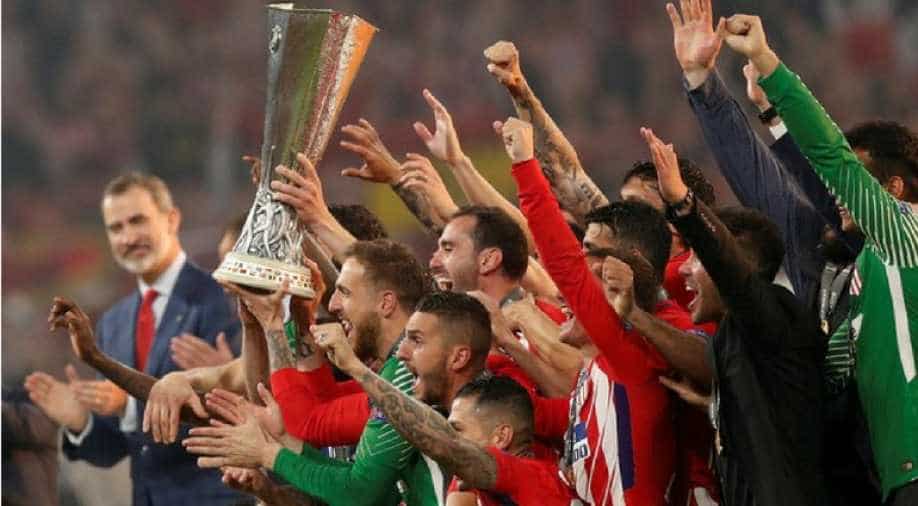 Europa League winners Atletico Madrid have been charged with "racist behaviour" by UEFA for a banner displayed by fans during their 3-0 win over Olympique de Marseille in the final on Wednesday.

European soccer's governing body said in a statement on Thursday that it had opened proceedings against the Spanish side under Article 14 of its disciplinary regulations.

Marseille and Atletico also face punishment for setting off fireworks during the match.

The French team's famously passionate fans unleashed a whirlwind of flares and firecrackers moments before kickoff and the game began under a thick cloud of smoke.

Atletico set off a small number of flares in their end after each of Antoine Griezmann's two goals while the French supporters engulfed the air with another display of flares, some of which were thrown onto the pitch, near the end of the game.

Marseille fans also caused "acts of damage" at the Groupama Stadium, the home of rivals Olympique Lyonnais and the French club were charged by UEFA after their players returned late to start the second half.

UEFA's Control, Ethics and Disciplinary Body will deal with the case on May 31.

'It's an injustice': Xavi furious at referee after Barcelona's Champions League defeat against Inter Milan

I want to know the root cause for deadly stampede: Indonesian President to order stadiums' audit