At least we were not last like India: Malala Yousafzai's dig at friendly match ahead of Cricket World Cup 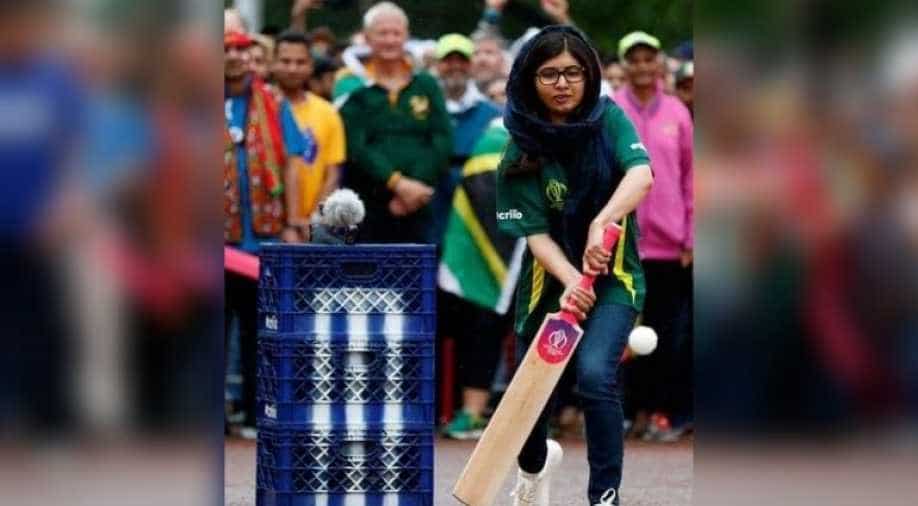 A unique 60-second challenge was played in which all teams were given one minute to score the maximum runs, Pakistan came seventh and India came last

On the eve of Cricket World Cup 2019, all captains of the participating nations paid a visit to Queen Elizabeth and Prince Harry at the Buckingham Palace in London.

The twelfth edition of World Cup, hosted by England and Wales, is scheduled to take place from May 30 to July 14.

Just after the visit, the opening ceremony held at the London Mall next to the Buckingham Palace in the presence of many cricketing legends like Viv Richards, Anil Kumble and Jacques Kallis.

During the event, a unique 60-second challenge was played in which all teams were given one minute to score the maximum runs.

After the game, Malala took a dig at India's performance, she said, "Pakistan, we were okay, not too bad. We came seventh. But at least we were not last like India."

"India played really well, they tried their best and we appreciate their hardwork," said the advocate of girl's education.

Although, her light-hearted comments were not taken sportingly and one of the Twitter users even said that the comment displayed "hate towards India".

Yousafzai further added the importance of women taking up cricket sports and urged that women must engage more in all types of sports.

"In Pakistan, we have some amazing cricketers, including Sana Mir. These role models are inspiring women to believe in themselves that they are capable of anything. Women should engage more in sports and we all have to contribute to that and encourage women and girls," she added.

England takes on South Africa in the opening match of the World cup at the Oval in London.