Ashes 2019: Anderson was 'a bit distraught' after leaving the field, says Stuart Broad 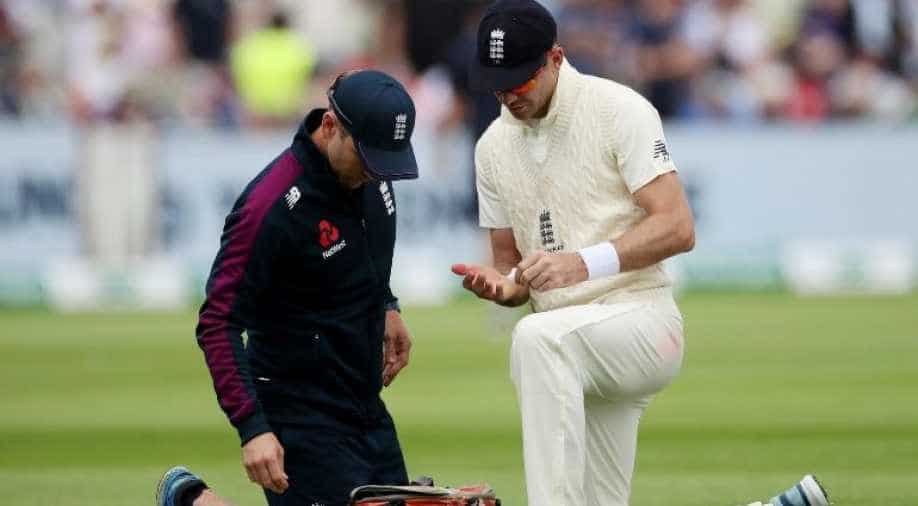 England fast bowler Stuart Broad said that James Anderson was distraught and apologised to the bowlers after leaving the field due to tightness in his right calf on the first day of Ashes Test.

Pacer Anderson left the field after bowling just four overs. He left Edgbaston to go for a scan and might miss the next Test match if the scan shows any signs of tear.

"He's a bit distraught. He came and said sorry to the bowlers. He feels like he's let the bowling group down, which of course he hasn't. He's down and he's frustrated," reported ANI quoting ESPN Cricinfo.

"He is distraught he couldn`t be out there today. He feels like he's let the bowling group down but he hasn't.

"Niggles are a part of fast bowling, but he's down in the dumps as you'd expect."

"We don't know the full extent yet," Broad said on being asked about Anderson's injury.

"All we can hope is the news is better than we expect," Broad added.

Anderson caused the Australian batsmen plenty of problems early on without taking a wicket, but conceded only one run from four overs.

Chris Woakes replaced Anderson in the bowling attack and the veteran paceman did not bowl again, failing to take to the field after lunch as he left for his scan.

"We don't know the full extent yet," Broad added. "All we can hope is the news is better than we expect."

On day one, Australia got off to a horrendous start, but Steven Smith registered his 24th Test ton to enable the side to reach 284 runs.

Broad was the leading wicket-taker for England as he scalped five wickets.

England came to bat and they did not lose any wicket, reaching the score of 10/0.