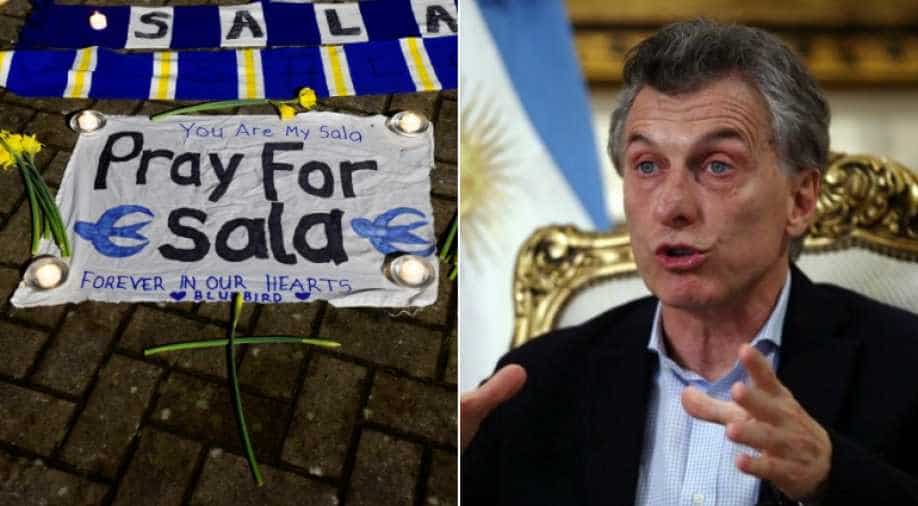 Macri told his foreign minister to issue formal requests to Britain and France.

Rescuers said on Thursday that they had ended the search stating that the chances of survival of both, pilot and footballer, were extremely remote.

As per an official statement, Macri told his foreign minister to issue formal requests to Britain and France.

Mauricio released a statement from his office stating that a formal request has been sent to the governments of Great Britain and France asking search Sala to resume.

The statement read, "President Mauricio Macri instructed foreign minister Jorge Faurie to make a formal request to the governments of Great Britain and France to ask them to maintain the search efforts."

It is expected that Mr Faurie will make the request to both nations' embassies soon.

Argentine footballer Lionel Messi has also urged the authorities to continue the search.

Messi wrote on his Instagram, "While there are possibilities, a thread of hope, we ask you to please do not stop looking."

Earlier, Romina Sala, sister of missing footballer Sala, made an emotional plea to continue the search.

"It is very difficult at the moment. I feel very confused. The only thing I want is for my brother to be found, for the pilot to be found," she said.

When the search was called off, the rescuers had mentioned that chances of finding either of them alive were almost vanishingly slim.