Antoine Griezmann trains for the first time with Barcelona 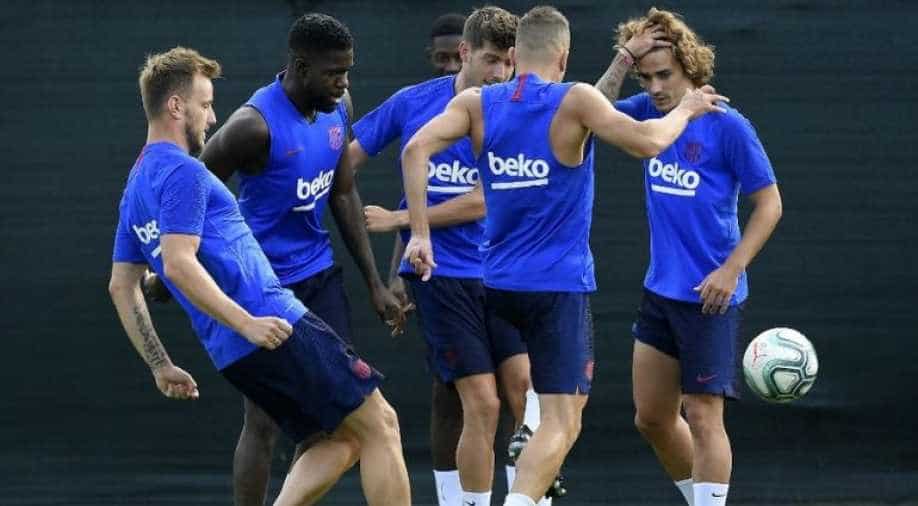 There was no sign of Lionel Messi, Luis Suarez, Philippe Coutinho, Arthur and Arturo Vidal who are all still on vacation after taking part in the Copa America

"The first of two sessions scheduled for the day was completed by all available first team players, including the newest incorporations, Frenkie de Jong, Neto, and Antoine Griezmann," the Catalan club reported on its website.

Ter Stegen had been suffering from soreness in his right knee while Dembele had problems with his right hamstring.

There was no sign of Lionel Messi, Luis Suarez, Philippe Coutinho, Arthur and Arturo Vidal who are all still on vacation after taking part in the Copa America.

Griezmann was presented as a Barcelona player on Sunday night, after the Catalans paid the 28-year-old's €120 million ($135 million) release clause.

Atletico described the amount as "insufficient", complaining that Barcelona and Griezmann had negotiated the deal before the buy-out price dropped from €200 million at the start of July.

Spanish sports newspaper AS said on Saturday that Atletico will go to FIFA, the governing body of world football, to argue that Barcelona owe them more than the €120 million deposited by a lawyer for Griezmann on Friday.

Barcelona travel to Japan on Saturday where they will play friendlies against Chelsea on July 23 and Andres Iniesta's Vissel Kobe four days later.