Anil Kumble to WION: With new additions, Punjab Kings got all bases covered at auction

In an exclusive interview with WION’s Sports Editor, Digvijay Singh Deo, Anil Kumble, Director of Cricket Operations at Punjab Kings and the Chairman of ICC’s Cricket Committee, talked about the Punjab Kings squad for IPL 2021, auction plans, signing big-name players such as Dawid Malan and Jhye Richardson, bio-secure bubble and much more.

The rebranded Punjab Kings went to the Indian Premier League (IPL) 2021 auction with the biggest purse and signed up some of the biggest names in the world of T20 cricket. With a well-settled squad and much-needed firepower at their helm, Punjab Kings would be looking to end their trophy drought and lift the coveted trophy in the 14th edition of the tournament, starting April 9.

In an exclusive interview with WION’s Sports Editor, Digvijay Singh Deo, Anil Kumble, Director of Cricket Operations at Punjab Kings and the Chairman of ICC’s Cricket Committee, talked about the Punjab Kings squad for IPL 2021, auction plans, signing big-name players such as Dawid Malan and Jhye Richardson, bio-secure bubble and much more.

The 14th edition of the Indian Premier League will be held just within six months of the previous edition of the lucrative T20 tournament, which was held in the UAE. With the players and coaching staff coming together after a brief gap, Kumble feels it has given a sense of continuity when it comes to team bonding and chemistry within the squad.

“Yes, it does give you some sort of continuity. As you're aware, last year was the first time that I got involved with this team. And, the entire support staff was new, the captain was new. I thought we had a really good campaign. Unfortunately, the points table doesn't reflect that. But, you know, we sort of did really well as a unit. And to have this competition again, within a span of six months, it doesn't seem like we've been away from each other. So when I met, players who sort of came from last year to this year, the retained players, it felt as though we had not left the bubble at all,” Kumble, who has a staggering 619 Test wickets for India, told WION in an exclusive interview.

Bio-secure bubbles have become a crucial part of an athlete’s life since the COVID-19 pandemic left the entire world stunned. With rising cases of COVID-19 across the nation, bio-bubbles will play a crucial role in ensuring IPL 2021 is conducted without any hitch. Kumble explained the experience of being in the bio-bubble for previous edition of IPL while revealing Punjab Kings have appointed a sports psychologist while keeping the mental well-being of everyone associated with the franchise in mind.

“So when we started last year, it was new to all of us. So we had to tread really, really carefully in terms of understanding what it takes to be a part of this. And, and I think, there were a lot of learnings from, from the experience that we had last year, and of course, from there on, you know, for me, this is a second bubble, but then the players have been in multiple other bubbles, whether it has been their international commitments or domestic commitments. So the players are used to it,” Kumble said.

“But having said that, what we have done as a leadership unit, as this year is to engage with a sports psychologist who's a part of our squad, and over the last two weeks that we've been a part of this bubble. The first week, of course, we were in quarantine, in isolation in our respective rooms, and post that we've been on the ground. So it's been a great help interacting with him, having a few team chats, and also individually connecting with him. So it's wonderful to have that experience and the expertise within the group. So that is something that we wanted to address. And I'm glad that we have, we have a professional on board,” India’s highest Test wicket-taker added. 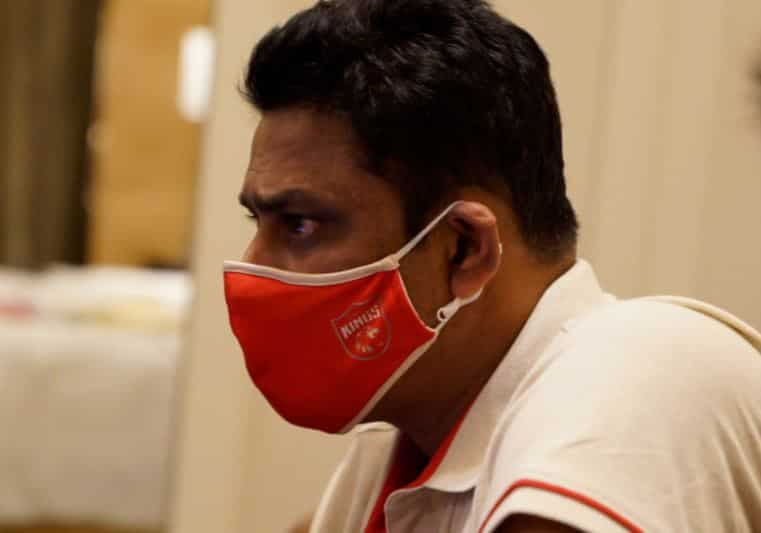 The KL Rahul-led outfit snapped the world’s number one T20I batsman – Malan – for his base price while also spending big on the likes of Jhye, Allen and Meredith.

So what was Punjab Kings’ plan ahead of the IPL 2021 auction?

“The idea was to, of course, fill the gaps that we require. But at the same time, make sure that we have enough experience with the batting, plus some firepower in the bowling and make sure that we have some young, exciting talent who are extractors who could be game-changers. And that's something that we wanted to focus on,” Kumble explained.

“So I think overall, you pick a squad, not worrying too much about where you're going to play. You want them to adapt to any condition. And that's the kind of squad that you want to choose from. And we are happy with the existing squad and I'm really happy with the way things have come along so far.

“What we needed was some experience in the all-round department, somebody who's played here before somebody who's been a part of winning teams. I mean, Moises brings that experience to the squad. Fabian, again is an exciting young all-rounder from West Indies, we all know, the power-hitting that they bring to the table and in this format, he's done exceptionally well is he's a young all-rounder. So it's nice to have him based on conditions obviously, you know, he's a very good left-hand spinner and then really hits the ball hard. And Dawid Malan brings experience and somebody who can sort of giving support to the Indian batters that we have,” Kumble elaborated. 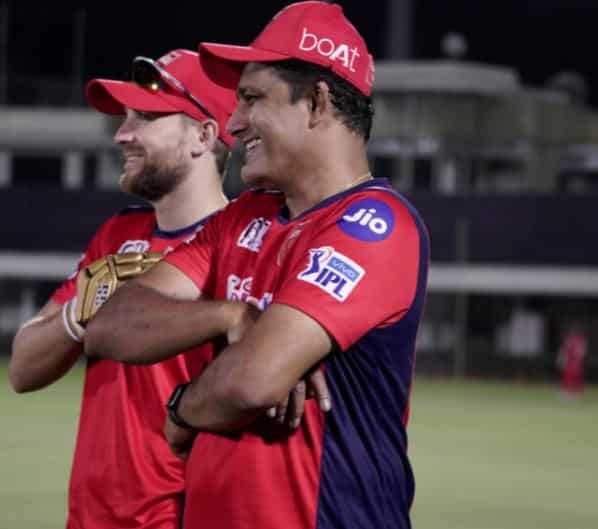 “So we wanted a steady, someone who you can depend on. And then the firepower of Chris Gayle, Nicholas Pooran and Fabian Allen as a foreigner.

“For us, plus Moises and Dawid Malan sort of give you the comfort of freeing KL Rahul more so I think that's the kind of options that we wanted we're really glad that we got those. We also wanted a young Indian power-hitting batsman like a Shahrukh Khan, I'm really excited as he really hits the ball hard and we wanted to look at that it's good to have him as well in the squad. Like I mentioned it's all about having all bases covered and I think we have a pretty strong you know squad to choose from,” he added.

In IPL 2020, Punjab Kings – then Kings XI Punjab – played some exciting cricket. While a couple of Super Overs, umpiring calls, and close matches, went against the outfit they caught the eyeballs with an impressive winning run in the later phase of the tournament. They had finished sixth after winning six matches and losing 8 out of their 14 games in the tournament.

With IPL 2021 being held in India but with a catch – no teams would be playing in their home stadium. The new regularities do bring new challenges into the scene but Kumble reckons players’ experience in playing in different conditions will come into play while adding the upcoming edition of the T20 tournament will also produce close matches considering every team is equally balanced on paper. 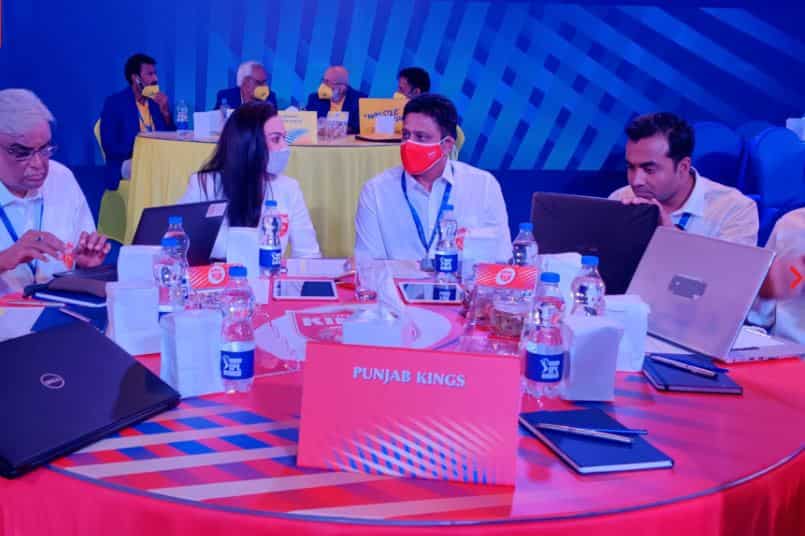 “Unfortunately, the results didn't go away a couple of close calls, Super Overs. I mean, I thought we were the most exciting team in the IPL because we played a lot more Super Overs and created that kind of an environment, you know, close finishes. So, yes, as you said, we came really, really close. And I was really proud of the team with the way we bounced back after six losses, you know, one out of seven and then to win five in a row. And yes, we sort of fell short towards the end. But that's the IPL. But we are really proud of the way we played, we were that close to qualifying and we believe that all matches are going to be tough. All the teams are equally balanced,” Kumble said.

Punjab Kings start their IPL 2021 campaign against Rajasthan Royals on April 12 at the MA Chidambaram Stadium in Chennai.

Saudi Arabia vs Mexico FIFA World Cup 2022 broadcast TV and OTT-live streaming: When and where to watch?