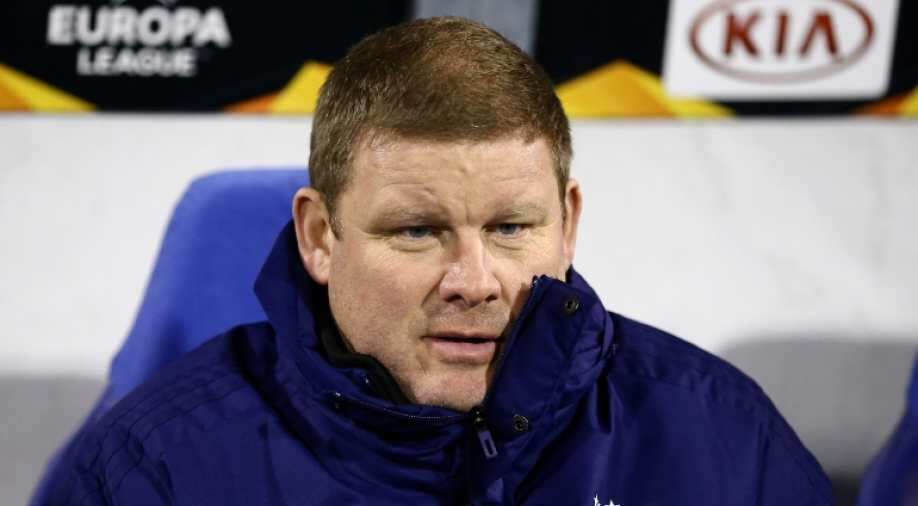 Anderlecht finished bottom of their Europa League group after three draws and three defeats and lost 2-1 to Cercle Bruges on Sunday to leave them 11 points beyond league leaders Genk.

Belgian soccer club Anderlecht have dismissed coach Hein Vanhaezebrouck after a series of poor results that led to their exit from the Europa League and drop to fourth in the domestic first division.

Anderlecht finished bottom of their Europa League group after three draws and three defeats and lost 2-1 to Cercle Bruges on Sunday to leave them 11 points beyond league leaders Genk. Their previous three league matches had been a draw and two losses.

"The team does not have enough points in the Belgian championship and we have been eliminated from the Belgian Cup and the Europa League. We need to stop this trend soon," Anderlecht sporting director Michael Verschueren said in a statement late on Sunday.

"We want to thank Hein Vanhaezebrouck for his hard work for the club."

Vanhaezebrouck steered Ghent to their first ever league title in 2015 and helped them become only the second Belgian side to advance beyond the group stage of the Champions League.

He joined Brussels-based Anderlecht at the start of last season, ending third in the league.