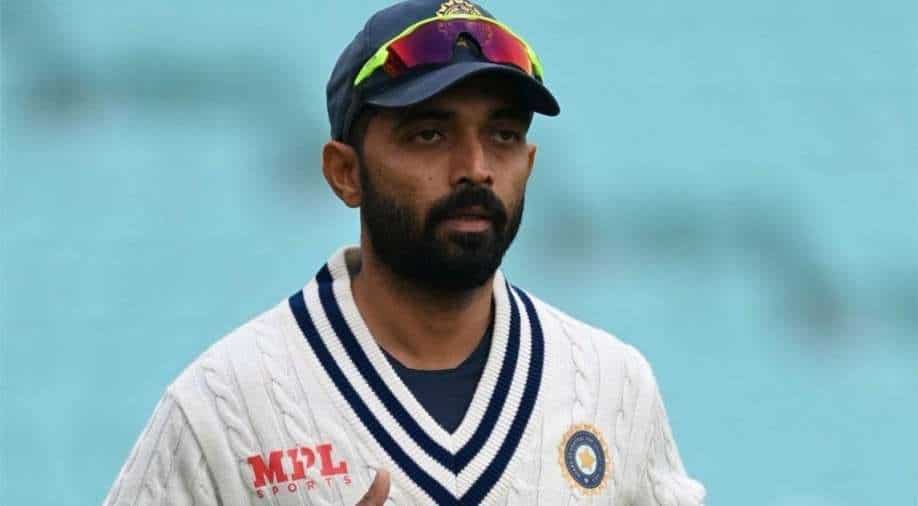 This is a file photo of Ajinkya Rahane. Photograph:( IANS )

Rahane didn't take any names but, it looks like he has taken an aim at former India head coach Ravi Shastri

Former India Test vice-captain Ajinkya Rahane said that "someone else took the credit" for some of the important and crucial decisions he made during India's historic 2-1 win in the 2020-21 Border-Gavaskar Trophy in Australia.

In an episode of 'Backstage With Boria', Rahane said, "I know what I've done there. I don't need to tell anyone. That's not my nature to go and take credit."

He added, "Yes, there were some things that I took the decisions on the field or in the dressing room but someone else took the credit for it. (What was) important for me was that we won the series. That was a historical series and for me, that was really special."

After a disappointing defeat in the opening Test match at Adelaide, regular captain Virat Kohli flew out of Australia. After that, Rahane took responsibility when the circumstances appeared to be against Team India.

However, with a stunning performance, the Indian team rebounded to win the second match at the Melbourne Cricket Ground by eight wickets. During the match, Rahane scored a magnificent hundred.

Rahane didn't take any names but, it looks like he has taken an aim at former India head coach Ravi Shastri.

Shastri was praised for the team's performance. He was termed as the architect of the stunning turnaround.

Rahane said, "After that, the reactions from people or those who took credit or what was said in the media, 'I did this' or 'This was my decision', or 'This was my call', it was for them to talk about."