Aguero out for up to a month says Guardiola 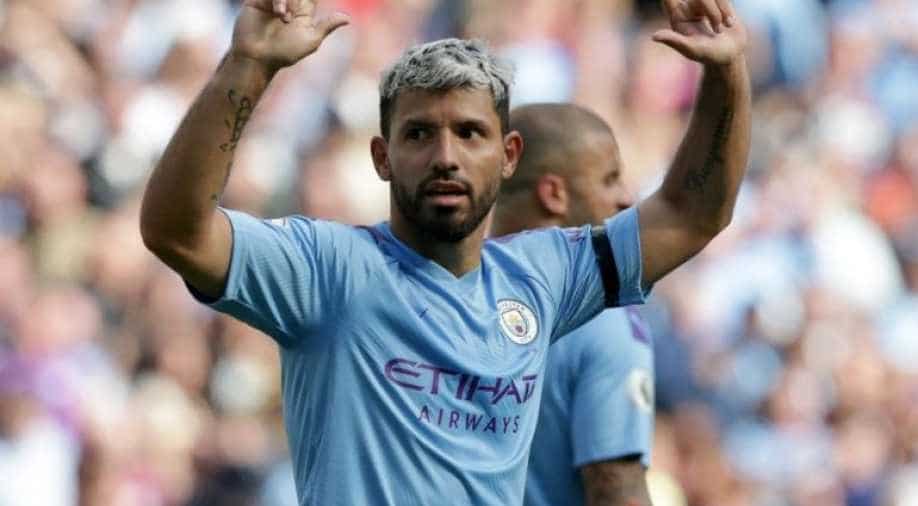 Manchester City striker Sergio Aguero will be out for perhaps as much as a month, coach Pep Guardiola told a press conference in Marseille on Monday.

Manchester City striker Sergio Aguero will be out for perhaps as much as a month, coach Pep Guardiola told a press conference in Marseille on Monday.

City will be without the Argentine on Tuesday against Marseille in the Champions League.

Aguero, who had just returned from injury, suffered a muscle problem in the Premier League draw at West Ham on Saturday.

"We knew he wasn't in the best condition," Guardiola said. "When you are out four or five months for a knee injury you always have the risk when you come back of injuries."

Guardiola said he wants "Sergio to come back when he has fully recovered. We miss him a lot. What he has done for this club is extraordinary, he is a City legend."

Brazilian Gabriel Jesus is also absent, but Guardiola said he did not regret not recruiting a striker in the transfer window.

"We couldn't, the club does what it can, but we lacked income at the end of the season. And then we would need a striker of the level of Gabriel and Sergio, and we don't have the means".