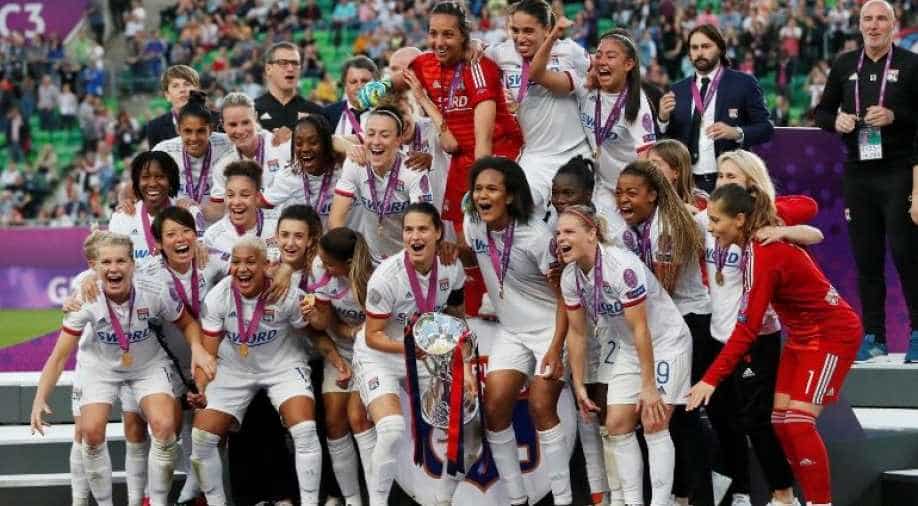 The French side, packed with some of the finest international talent in the women's game, proved far too strong for a Barcelona team playing in their first Champions League final.

Hegerberg struck her three goals in a blistering 16-minute spell midway through the first half as Lyon swept aside the Spaniards.

"It was almost a perfect match and that is rare in a final as a lot of things come into play, such as emotions. We managed to put that to one side," said Lyon coach Reyneld Pedros, who said his team were "writing history".

"It's a lot of work but a lot of fun, too. If you look at this match, you can only be happy about what we've achieved," he said.

Stronger, faster, smarter and more clinical, Lyon with 2018 Ballon d'Or winner Hegerberg in deadly form, showed exactly why they have reached eight finals in the past 10 seasons and are the undisputed powerhouse of European women's football.

Starting as underdogs, Barcelona knew they would have to deliver the performance of their lives to have a chance against Reynald Pedros's expensively-assembled team and they had an early opportunity but their Liverpool-born forward Toni Duggan dragged her shot wide of Sarah Bouhaddi’s right-hand post.

Lyon responded to that early warning in swift and decisive fashion, taking a fifth-minute lead when Dutch winger Shanice van de Senden's low cross was confidently converted by Budapest-born German international Dzsenifer Marozsan, to the delight of Hungarian fans in a 19,487 crowd.

Nine minutes later Hegerberg made no mistake from another low cross from Van de Senden after England's Lucy Bronze had set up the counter-attack with a strong breakout from the back.

Barca were struggling to get any kind of foothold in the game and it was 3-0 in the 19th minute when Amel Majri's ball from the left was driven home first time by 2018 Ballon d'Or winner Hegerberg.

Barca were unable to deal with Lyon's high press and physical presence in the centre of midfield while, at the back, the low balls in from Lyon continued to prove fruitful.

The 23-year-old Hegerberg completed her hat-trick on the half-hour after the overlapping Bronze whipped in a ball from the right and Hegerberg took full advantage of the opportunity to beat Sandra Panos again.

It was little more than a damage-limitation exercise for the Spaniards after the break and when they did get a sniff of a chance, Lieke Martens and Vicky Losada were unable to find the target.

They gained some consolation however when substitute Asisat Oshoala pulled a goal back in the 89th minute after a clever through ball from Lieke Martens.

"The main message I want to convey to the team is that they should be proud of their achievement," said Barcelona coach Lluis Cortes.

"We should work to make sure next year we are closer. We don't have the final experience of Lyon. It was the first for all of us and that counted against us in the early minutes."