A soccer official proved her discrimination case. No one was punished. 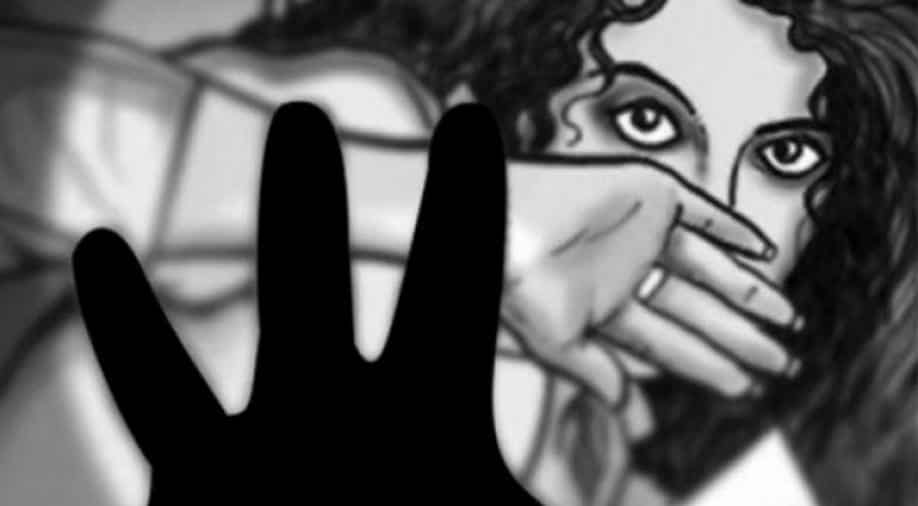 One of soccer’s six regional bodies had engaged in discriminatory behavior against a female official by hindering her chances of getting a seat on its board and a leadership position with the sport’s global governing body, FIFA.

The ruling could not have been more clear.

One of soccer’s six regional bodies had engaged in discriminatory behavior against a female official by hindering her chances of getting a seat on its board and a leadership position with the sport’s global governing body, FIFA.

The official, Mariyam Mohamed, also convinced judges at sports’ top court that an influential Kuwaiti sheikh had actively interfered in elections held by the Asian Football Confederation in 2019 to achieve his desired outcome.

The full ruling, which has not been published, was obtained by The New York Times. In it, a panel at the Court of Arbitration for Sport in Switzerland concluded that the inaction by Asian soccer officials over several months amounted to a “denial of justice” for Mohamed. Yet two months since the decision was announced, the effect of what appears to be a powerful denunciation of ethics breaches and a disregard for women’s rights has had all the effect of a snowball hitting a tank.

The tainted elections will not be rerun. The men who offered Mohamed inducements to drop out have not been punished. And soccer’s leaders have taken no action.

FIFA said in an email it had no comment, even though it previously insisted it would follow up on the court’s findings with soccer officials in Asia. Asian soccer’s governing body also declined to comment, saying its leaders had nothing to add to a January statement in which they had pledged the organization would review the findings.

For Mohamed, the silence has been maddening.

“It’s just a game for them, justice denial, the same process that I was in,” she said in a phone interview. “They’re waiting for time to pass by, and hoping I get fed up. Now the verdict has come, and it’s just very sad. I don’t know where else to go now.”

Mohamed, who filed her complaints to the Asian federation’s disciplinary department in May 2019, says she initially celebrated the ruling, but came to realize it may amount to a Pyrrhic victory.

She has not been contacted by officials from the AFC, she said. Nor has she heard from ethics investigators from FIFA, even though the organization’s rules state that gender discrimination is “strictly prohibited and punishable by suspension or expulsion.”

The case and its aftermath have highlighted how power works in global sports. It shows how a tainted Gulf royal linked to other cases of corruption has been able to exert significant control over one of soccer’s largest governing bodies even though he has no official role in its affairs. And it shows how a strategy of delay can be its own kind of injustice.

Mohamed’s case had roots in FIFA’s response to its own problems with discrimination: To address a lack of women on its governing board, the organization since 2013 set aside specific seats for women, starting with one voting member in 2013 and now a minimum of one from each of FIFA’s six regional confederations.

Mohamed, a former soccer player and coach from the Maldives, an archipelago in the Indian Ocean, had hoped to win the AFC’s spot in a vote in Kuala Lumpur, Malaysia, in April 2019. It did not take her long to realize that the power brokers of Asian soccer had already decided the election’s outcome.

She filed her first complaints about the election to the Asian confederation’s disciplinary department a month later. Emails show the organization responded to her inquiries by insisting it had begun an investigation, although it appears little was done. The AFC, citing confidentiality, refused to supply any evidence of its investigation to the court.

At a hearing at the Court of Arbitration for Sport last July, the AFC hardly put up a defense. Its lawyers offered no witnesses to challenge Mohamed’s testimony that a top confederation official and the head of the soccer federation of Qatar had been present in a luxury hotel suite when the Kuwaiti sheikh, Ahmad al-Fahad al-Sabah, told Mohamed he had decided that his preferred candidate, Mahfuza Akhter Kiron of Bangladesh, would be elected as the AFC’s female representative to the FIFA Council.

Mohamed was told she should drop her candidacy, and do so within 24 hours. She later claimed, in testimony that went unchallenged by the AFC, that Sheikh Ahmad attempted to mollify her by saying he had so much sway in international soccer circles that he could obtain for her “any other position of her choosing at the AFC or FIFA” in exchange for her withdrawal.

By this point, Sheikh Ahmad had no official role in soccer, having resigned his position on the FIFA Council in 2017 after allegations emerged in a U.S. federal court that he had bribed Asian officials. But Mohamed’s decision to take her case to court provided a rare public glimpse into his continuing stature as a power broker in global sports through his role as the president of the Olympic Council of Asia, an organization created by his father in 1982.

At a 2013 International Olympic Committee meeting, for example, Sheikh Ahmad’s support helped Thomas Bach secure the IOC presidency and also deliver the 2020 Olympics to Tokyo. Since he was indicted in a forgery case unrelated to sports in 2018, he has “self-suspended” from two prominent Olympic roles. But his opinion still carries weight.

Before the AFC’s 2019 elections, his legal troubles did not seem to be an issue. A list of his favored candidates was distributed to AFC voters on the eve of the elections and, aware of the talks with Mohamed and of Sheikh Ahmad’s preference for a different candidate, the leaders of several federations pressured Mohamed to drop out, she said. She declined to withdraw, and lost the vote, 31-15. Every candidate on Sheikh Ahmad’s list, however, was elected to seats on the AFC’s executive board or, as in Kiron’s case, as a confederation representative to FIFA.

After reviewing the evidence presented by Mohamed and her lawyers, the CAS panel made clear in the summary of its decision that it agreed with her version of the events. The panel confirmed that the 2019 elections had breached FIFA and AFC rules on gender discrimination. It concluded that Sheikh Ahmad had tried to influence the outcome, and that the AFC had denied Mohamed justice by not making a ruling on her complaint. It did, however, also say that by not bowing out of the elections, Mohamed ensured the sheikh’s efforts to influence the election in her case were not effective.

But the court said it was powerless to order that the flawed elections be annulled, or to punish any of the individuals accused of interfering with them. Any decision on further action was for FIFA, and the AFC, to decide, the court said.

Because of the rules governing the court, the panel’s full findings have been cloaked in secrecy since the verdict was announced on Jan. 25.

“If nothing happens it is a disgrace for FIFA, the AFC, and undermines the authority of CAS indirectly,” said Miguel Maduro, the former FIFA governance head who gave evidence in Mohamed’s case. “This award and what follows tells us at once that CAS has exposed corruption at the highest level of elections in football and at the same time tells us they cannot do anything about it.”

Maduro added that at the very least, FIFA should have initiated an ethics inquiry after the ruling. To date, it has not.

Such a move, though, would be extremely sensitive for soccer’s global leadership. The FIFA official responsible for overseeing the 2019 election, Eduardo Ache, told the CAS panel that soccer’s guidelines to improve female representation were mere recommendations. The panel said Ache’s evidence suggested he was “prepared to accept any discrimination provided at least one woman was elected to FIFA.”

But pressing for discipline in the case also could be uncomfortable for FIFA’s president, Gianni Infantino, who relies on the support of national and regional soccer leaders to push his agenda. He recently spent two weeks touring Africa, for example, to ensure that his favored candidate, a South African billionaire with no high-level experience in soccer administration, was elected president of the continent’s regional confederation. And he is unlikely to press for discipline against the leader of Qatar’s soccer federation — reportedly present when Mohamed was offered inducements to step aside — or any other Asian leader a year before Qatar hosts the 2022 World Cup.

The longer the full ruling in Mohamed’s case goes unpublished, though, the more it will give the appearance soccer’s leaders are trying to brush a problematic situation under the carpet, said Johan Lindholm, a professor of law at Umea University in Sweden who has published a book on CAS.

“Whether it’s because of bad PR or there are other things going on, then you would probably want to keep it as secret as possible,” Lindholm said.

Heath Streak banned for 8 years: What ICC ACU found in its investigation of case