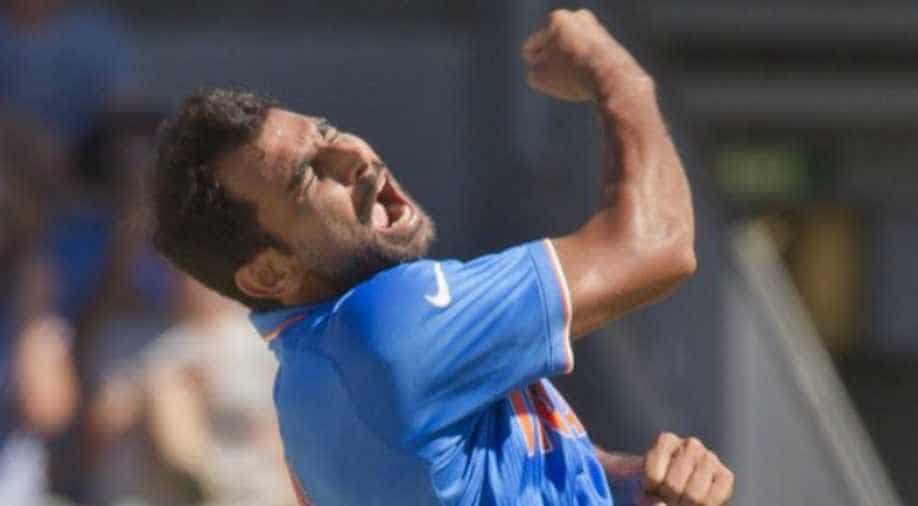 Shami provided India with the breakthrough in the fourth over.

Indian pacer Mohammed Shami provided India with the breakthrough in the fourth over to dismiss opener Henry Nicholls as New Zealand begins the chase of 253 runs.

The host's score stood at 24 runs for the loss of a wicket after 6 overs.