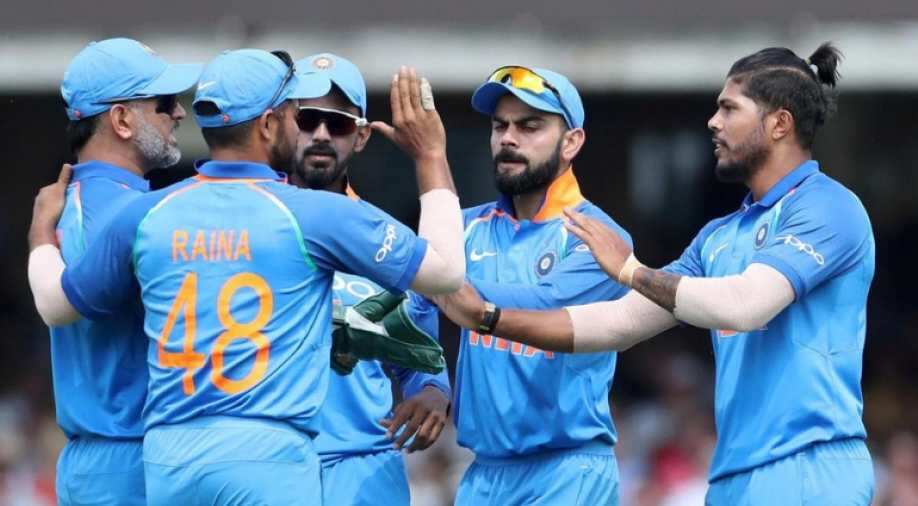 Australia's batting fortunes will revolve around Finch, Maxwell and D'Arcy Short, who have all scored in excess of 400 runs in T20Is this year.

Indian cricket team is all set to take on a weakened and unsettled Australia in the first T20I at The Gabba, Brisbane, today. Believed to be India's best chance of clinching all the series, especially Test, the Virat Kohli-led side will try to dominate the game from starting.

However, it will not be a cakewalk for the 'Men in Blue'.

If looked at the Indian squad, then a new era is going to begin in Indian cricket as the team will enter the foreign ground without wicketkeeper-batsman MS Dhoni. The former Indian skipper, who had been an inseparable part of the Indian team for more than a decade, was dropped from the shortest format to give young Rishabh Pant a chance to prove his skills behind the stumps.

Meanwhile, skipper Kohli, who has been in terrific form lately, has matured in his game and is able to take better decisions to bring the team out when in tricky situations. But when it comes to the Decision Review System (DRS), there wasn’t a more perfect cricketer than MS Dhoni.

Apart from Kohli, KL Rahul and Rohit Sharma, who has smashed two centuries in four T20 innings since July, are the dangermen for India. in fact, they both sit above their captain on the T20 batting rankings.

Australia, on the other hand, will be without their star batsmen Steve Smith and David Warner, who are serving their full 12-month bans for ball-tampering. But Kohli is adamant that the hosts still pose a big threat.

Australia's batting fortunes will revolve around Finch, Maxwell and D'Arcy Short, who have all scored in excess of 400 runs in T20Is this year.

But contributions outside these three have been lacking, which has been one of the reasons for Australia's slump recently.

In bowling, Andrew Tye and Billy Stanlake have been the go-to bowlers for Australia in the absence of top quicks like Mitchell Starc, Josh Hazlewood and Pat Cummins.