Willing to work together to build new era of China-Pakistan destiny: Xi Jinping to Imran Khan 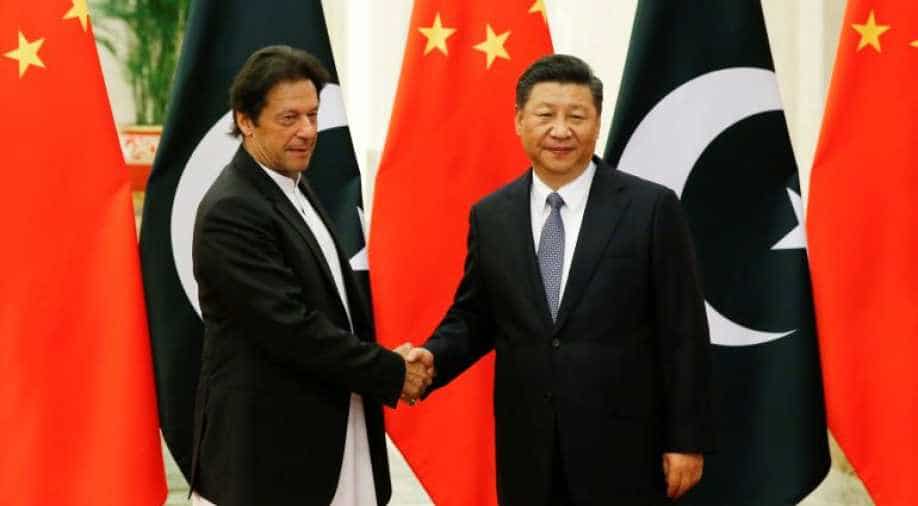 Khan's China's visit is aimed at working out a bailout package for Pakistan's economy which is nearing a collapse.

Khan's China visit is aimed at working out a bailout package for Pakistan's economy which is nearing a collapse. This would be Pakistan's 13th rescue package from the multilateral lender since the late 1980s.

During his meeting at Beijing's Great Hall of the People earlier in the day, Khan said that his party came to power during a "very difficult economic situation". He added that he had come to China to learn.

"Countries go in cycles. They have their high points, they have their low points. Unfortunately, our country is going through a low point at the moment with two very big deficits, a fiscal deficit and a current account deficit. And so we, as I’ve said, have come to learn," Khan stated.

"I attach great importance to China-Pakistan relations and am willing to work together with the prime minister to strengthen the China-Pakistan all-weather strategic partnership and build a new era of China-Pakistan destiny," Xi said.

Khan, who is accompanied by Foreign Minister Shah Mahmood Qureshi, will meet Chinese Premier Li Keqiang on Saturday. Both the countries are expected to sign a series of agreements tomorrow.

According to reports, Pakistan's foreign reserves have plunged 42 per cent since the start of the year at around $8 billion at present.

The country received a $6 billion rescue package from Saudi Arabia last month, which the officials claimed was not enough adding that the country still plans to seek a bailout from the International Monetary Fund (IMF) to avert a balance of payments crisis.

Khan's China visit comes at the time when Pakistan grapples with unrest and protests over the acquittal of a Pakistani Christian woman on death row for blasphemy.

"We expect those discussions to begin on November 7. An IMF staff mission will go to Islamabad and initiate discussions with the authorities," IMF Director of Communications Gerry Rice told reporters.

"The objectives of that program is to help stabilise the Pakistan economy, put in place the preconditions for sustained inclusive growth," Rice said, adding that the modalities of that would be announced once the IMF and Pakistan have reached a staff-level agreement.

Pakistan Finance Minister Asad Umar had made a formal request for financial assistance from the IMF last month.