Will not stay silent, will continue to speak out: WION's Pakistan bureau chief Taha Siddiqui after abduction attempt 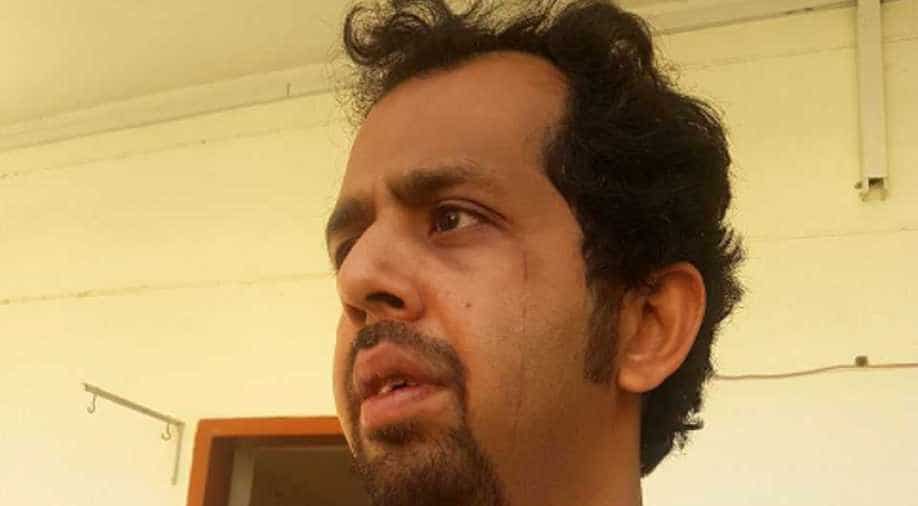 It was when one of them spoke to him in 'fluent English' that Taha realised something else was afoot. Taha said the fact that the man spoke in English seemed to imply that they were trying to tell him who or what they were. Photograph:( WION )

WION's Pakistan bureau chief Taha Siddiqui told WION that he had thought the armed men who had attacked him in the morning were robbers.

But it was when one of them spoke to him in "fluent English", that he realised something else was afoot.

"What do you think of yourself?" the man had asked of Taha.

Taha had been on his way to Islamabad airport Wednesday morning -- he was going on leave for three days -- when his cab was overtaken and then blocked by another vehicle.

Taha said the men, who were armed with Kalashnikovs, one of them had a pistol, yanked him out of his cab. Taha was sitting in the back.

They then hit him, threatened to kill him, and threw him back into the cab.

Fortunately, Taha was able to get out of the other side of the cab.

He ran across the incoming traffic, got into another cab, and managed to reach the police.

Interestingly, in his police statement, Taha had said he had waved at a passing military vehicle asking for help but that one of his attackers had waved at the vehicle to continue on its way and it had.

The Pakistani Army has steadfastly denied that it has had anything to do with enforced disapperances in the country. Last year, however, five Pakistani bloggers had disappeared for several weeks before four of them were released. All four fled abroad and two afterwards told the media that they were tortured by a state intelligence agency during their disappearance.

Taha told WION he thought the men who attacked him had wanted to abduct him.

Taha told WION that he was still in shock. But that he was not going to take what had happened to him lying down.

And that he was going to continue to speak out.

After speaking to WION, Taha had headed to the Islamabad Press Club.

At the press club, he had said he given his attacker the impression that he was "cooperating" with them, which then allowed him to escape.

He had added that after he managed to get away from his would-be abductors, he had hidden in a ditch by the side of the road. And that he had taken off the red sweater he was wearing so that he would not be recognised should his attackers spot him again.

Taha has been critical of Pakistan's powerful military in the past.

Taha had last year filed a court petition to stop the agency from harassing him.