Why I welcome green Diwali 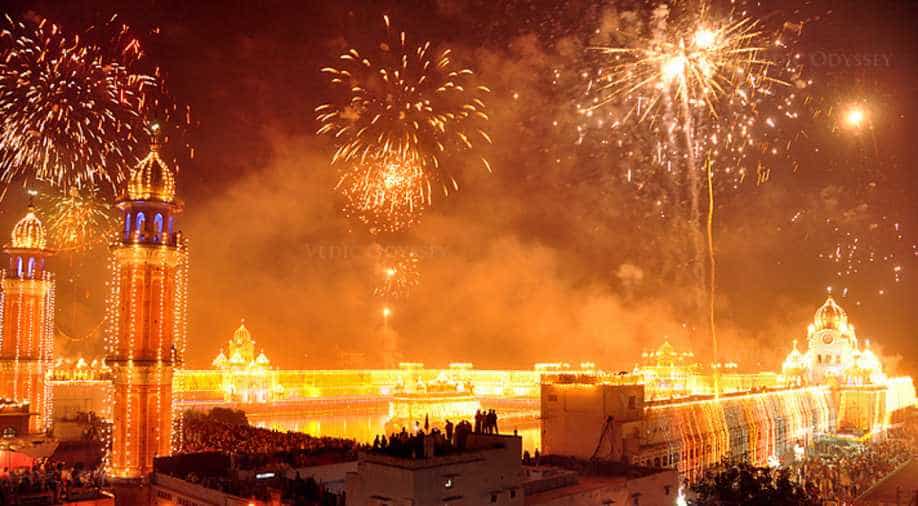 No firecrackers during Diwali this year. Photograph:( Others )

I will celebrate Diwali as I always did. With my family at my mother’s house where boys will get the tiring job of lighting all the diyas and women will set the puja room. The only thing which would not be there this time would be firecrackers. I will not miss them not because I hate them but because I will get up next morning with better air.

We live in a gas chamber, and we must fight for clean air for our children. They deserve it. it is a right they have but cannot understand it in its absence.

The first criticism of the decision would be on the basis of faith. Many would argue that all reforms are taking place within Hinduism, and the decision does not respect the sensibility of the community.

Diwali is a festival of light and it is celebrated because maryadapurushottam Ram came back to Ayodhya. The message is to light up both inner and the outer world. It symbolises the victory of right over wrong. Today the right thing to do is to understand the urgency of our surrounding which even Prime Minister Narendra Modi has spoken in the context of Swachh Bharat. Our festivals can be made ecologically friendly. Both Holi and Diwali can be celebrated without damaging the environment. India must learn to celebrate festivals like Diwali in spirit apart from the form.

India needs to stand guard against the lobby which brings faith into the matter of environment. Even the issue of abattoirs being banned in Uttar Pradesh was contested by many parties on the basis of religion. Many Left of the centre parties cried discrimination but the fact was that the state government implemented the guidelines approved by the court.

In India politicians always take populist positions, leaving the hard decision making to the Supreme Court.  It for this reason that India has failed to tackle either vehicular pollution or big industry pollution.

The worst part of the discourse is that issues related to the environment, gender or even animal right get entangled with religion and regional pride. The political vacuum and failure of politicians then created a chasm in Tamil Nadu which was filled by anti-Jallikattu protests. There was an absence of a nuanced debate on the issue of survival of native bulls. The issue boiled down to Tamil Pride. Similarly, gender issues like Shani Shignapur, Sabrimalay and Triple Talaq got intertwined with religion.

We must spare a thought on the Supreme Court’s verdict on Diwali. By restricting the sales, it is trying to reduce the noise and air pollution which NCR has to go through. It will be a great dis-service if India continues to bow down to popular pressure in the name of religious practice. Religion and traditional religious practices are two different things. Even in the context of triple talaq, Supreme Court argues whether it is essential to the practice of Islam and then ruled on the subject. I don’t think burning firecrackers is an essential part of the practice of Hinduism during Diwali.

Festivals celebrated by all communities must be a source of light rather leaving a heavy footprint on the environment. Let’s not politicise clean air. Air doesn’t discriminate and all us must contribute in this process so that future generations inherit a better and cleaner environment.

Lastly, only the sale has been restricted in the NCR and not bursting of firecrackers. Neither it is a nation-wide ban. The judgement should pave the way for stricter environmental norms when it comes to festivals because bans don't work in the long run; consensus does.