Who is Shehbaz Sharif, the new prime minister of Pakistan? What you should know 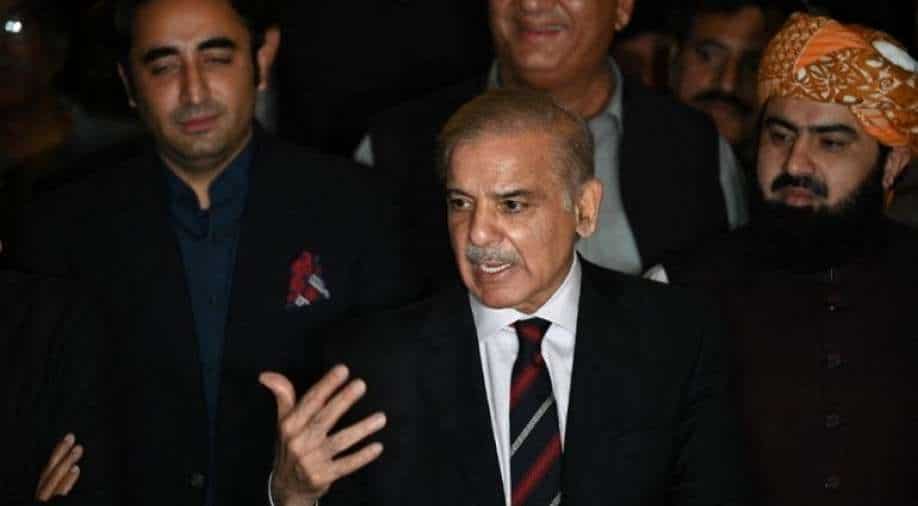 Pakistan's opposition leader Shehbaz Sharif has been elected as the country's new prime minister in the National Assembly.

Thanking the lawmakers for supporting him, Sharif said "It's a victory of righteousness, and evil has been defeated."

The 70-year-old is the leader of the centrist Pakistan Muslim League-N (PML-N). He is the brother of former Pakistan premier Nawaz Sharif, and has served as the chief minister of Punjab province thrice.

His predecessor Imran Khan was ousted after a no-confidence motion was passed against him after a week-long constitutional confrontation.

Shehbaz Sharif was elected to the National Assembly in 1990. Following a military coup that deposed the government of Pakistan in 1999, Shehbaaz had to spent several years in exile in Saudi Arabia.

He returned to Pakistan in 2007 and was nominated for the post of the president of PML-N following the disqualification of Nawaz Sharif from holding office.

As dollar continues to soar, a massive economic meltdown is staring the country in the face. No wonder Niazi is running away after leaving a legacy of broken economy, constitutional crisis & political instability. Pakistan did not deserve it.. Time to right all the wrongs is NOW!

Shehbaz has a reputation domestically as an effective administrator more than as a politician. Analysts say he enjoys amicable relations with Pakistan's military, which traditionally controls foreign and defence policy in the nuclear-armed nation of 220 million people.

On Thursday last week, the Pakistan Supreme Court had ordered that the no-confidence motion, which was disallowed by the deputy speaker last Sunday, be held by 10: 30 a.m. on Saturday (April 9).

In a unanimous 5-0 verdict, the top court bench, led by Chief Justice Umar Ata Bandial, quashed the presidential order to dissolve Parliament, which was done at the behest of Khan.

Ahead of the voting in Pakistan's parliament, Imran Khan said "The man who has 16 billion and 8 billion rupees of corruption cases, whoever selects and elects the Prime Minister cannot be a bigger insult to the country. We are resigning from the National Assembly."

“Shahbaz Sharif will be a slave of America… he said in a TV Programme yesterday that beggars are not choosers… what does this mean? Does that mean that the poor and beggars are slaves. Ask him (Shehbaz Sharif) who brought Pakistan to such a state. Just because we are poor, should we be slaves?” he added.

In response, Shahbaz Sharif said, ''We did not invite any foreign power and neither are we involved in any foreign conspiracy.''

He further denied receiving any letter from Pakistan's President Arif Alvi regarding the appointment of an interim prime minister.

In 2019, National Accountability Bureau had seized nearly two dozen properties belonging to Shehbaz Sharif and his son Hamza, accusing them of money laundering.

He was arrested and detained in September 2020. However, he was released six months later on bail for a trial which is still pending.

Since the independence of Pakistan in 1947, there have been four military coups in the country. It has spent over three decades under military rule.

No prime minister has completed a full five-year tenure in Pakistan's 75-year history. While the longest tenure for a prime minister is four years and two months, the shortest tenure is two weeks.