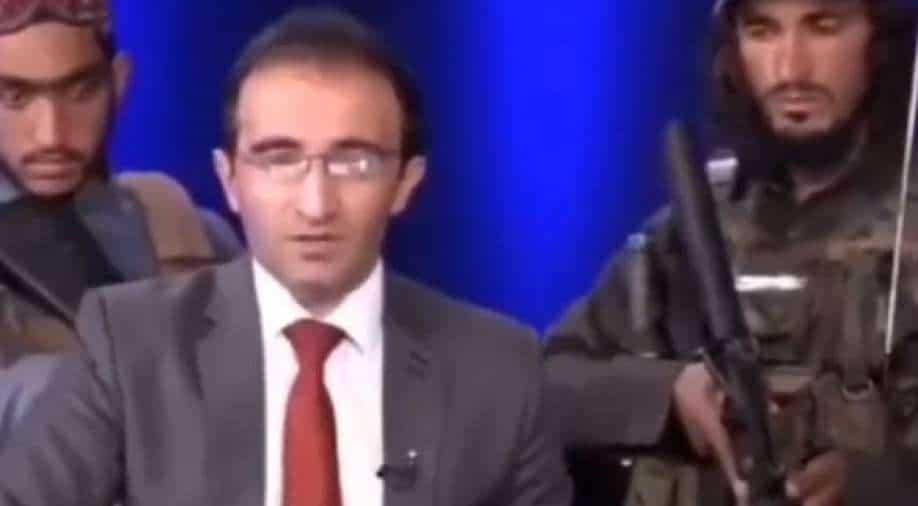 The TV presenter reportedly spoke about the collapse of the Ghani government in Afghanistan and urged Afghans not to be afraid even as the US evacuation continues at Kabul airport.

Taliban militants stormed a TV station and asked the anchor to talk to them even as the US targeted a drone strike at militants in Kabul on Sunday.

This is what a political debate now looks like on Afghan TV, Taliban foot soldiers watching over the host. The presenter talks about the collapse of the Ghani govt & says the Islamic Emirate says the Afghan people should not to be afraid #Afghanistan pic.twitter.com/oEverVgLOE

The anchor could be seen reading the news and conducting a debate with several Taliban militants surrounding the TV anchor.

The presenter reportedly spoke about the collapse of the Ghani government in Afghanistan and urged the Afghan people not to be afraid.

This is what @Etilaatroz can’t accept. If so, we will stop our work. pic.twitter.com/FueAC4c9cz

The video of the Afghan TV network Peace Studio has gone viral after the anchor was seen interviewing one of the Taliban leaders in the studio flanked by the fighters.

The programme is called "Pardaz" and the anchor reportedly spoke in Pashto. The TV anchor was heard saying people in the Islamic Emirate should cooperate with the group and "should not be afraid.”

Several thousand Afghans had fled to the airport as the Taliban entered Kabul on August 15 as the US began its evacuation operations.

On Thursday a suicide attack near the airport killed 13 US troops including several Afghans. The US hit back with the drone strike declaring that it had killed "high profile" targets.

On Sunday, US President Joe Biden warned another terrorist attack could take place "in the next 24-36 hours". Just hours later the US military targeted an explosive-laden car in Kabul with a drone strike.

President Biden had earlier said all US personnel will be out of Afghanistan by August 31 with the deadline now just a day away.

According to reports, the US and allies have so far airlifted 114,400 people including foreign nationals and Afghans. Reports claimed the Taliban leaders are now located at strategic gates along the airport as the US pullout nears its end.