'UK will deploy 600 troops': Boris Johnson vows not to turn back on Afghanistan 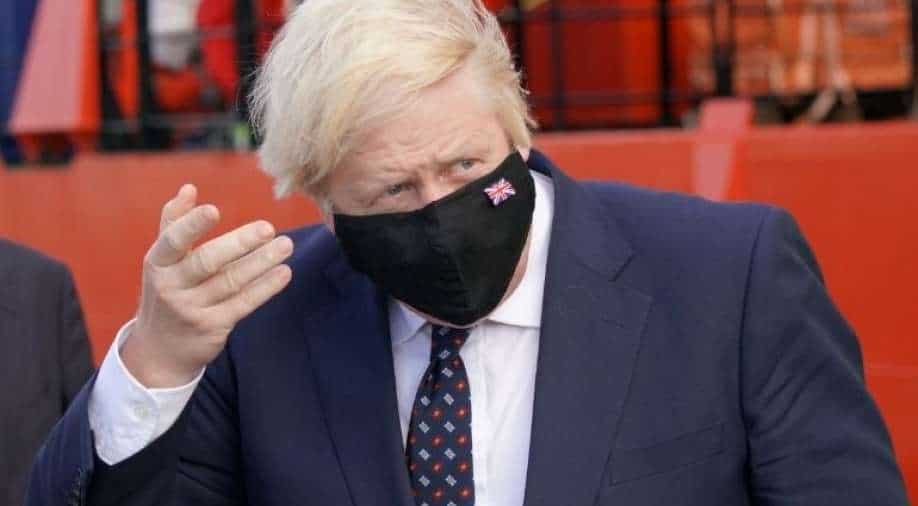 Johnson says that it is imperative that we do not abandon Afghanistan, since 'a change of regime is now happening' but no one knows what kind of regime it will be.

Confirming the imminent withdrawal of most embassy staff in the wake of a rapid Taliban offensive, Boris Johnson said the United Kingdom would not abandon Afghanistan.

"Nobody wants Afghanistan to be a breeding ground for terror...or to lapse back into the pre-2001 situation," he said.

With Islamists capturing more Afghan cities, Britain will be deploying around 600 troops to assist in evacuating its roughly 3,000 residents, and as per the PM, the majority of remaining embassy staff in Kabul will return to the UK.

According to him, it would benefit Al-Qaeda in Afghanistan, since the Taliban had provided a safe haven for them before the September 11 attacks, something that led to the West's 20-year involvement in Afghanistan.

In an interview with Sky News, Wallace said that Biden's predecessor Donald Trump's predecessor had struck a "rotten deal" with the Taliban allowing the US to end its longest war. This echoes the complaints of UK military chiefs who have strongly opposed the pullout.

After convening crisis talks with senior cabinet colleagues, Johnson noted that Britain and the West retain a strategic interest in supporting the beleaguered Kabul government.

I think we have got to be realistic about the power of the UK or any power to impose a military solution, a combat solution, in Afghanistan," he told reporters.

He added that "there is clearly a change of regime now happening" but "we don’t know exactly what kind of regime that will be".

"What we certainly can do is work with all our partners in the region, around the world, who share an interest with us in preventing Afghanistan once again becoming a breeding ground for terror.

"What we must do now is not turn our backs on Afghanistan," he stressed, adding that Britain could be "extremely proud" of its role in the country, especially in advancing girls' education, gains that are now imperilled by the Taliban advance.

We mustn't abandon Afghanistan, he stressed, adding that Britain can take great pride in its role in the country, particularly in the advancement of girls' education, gains now threatened by the Taliban's advance.

The prime minister said UK officials would be flying out to Kabul to assist Afghan interpreters that served with the UK military and seeking resettlement in the UK.