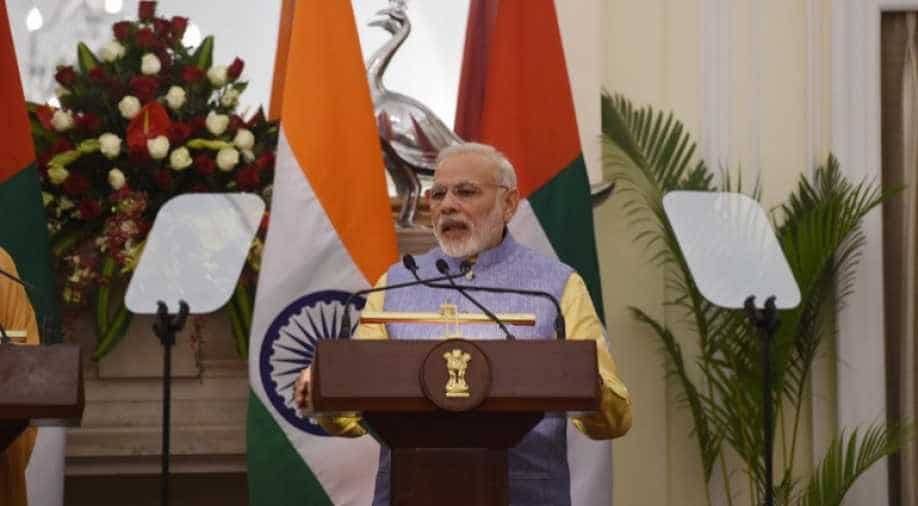 This was Modi's 28th edition of the monthly radio programme. Photograph:( AFP )

Prime Minister Narendra Modi possess arguably the best oratory skills of any contemporary politician. His effective use of social media to promote his government policies and ability to connect directly with masses has redefined the way Indian politicians communicate with masses. And yet, he continues to maintain a deafening silence on all crucial issues, including the string of attacks on the underprivileged section— the Dalit and minorities — across the nation by those who covertly or overtly support his party. As he completes three years in office on May 26, Mr. Modi has earned an abominable distinction of not holding a single press conference in the country since assuming office and spending least time in parliament as the prime minister — two places where he would expect tough questions.

Does Mr. Modi think the media is not worthy of asking him questions or he is too nervous to face them given the current state of affairs?  Either way, it is a lose-lose situation for the nation given that media is the fourth pillar of a democracy. The politicians can hate the media but media watchdog is a vital component for checks and balances.

Mr. Modi has a rather strange relation with the mainstream media. While, he enjoys the support of most of the electronic and print media, for reasons beyond scope of this article, he has also described them in as carping a language possible. In one of the most pointed criticism yet by any PM, in February 2015, Mr. Modi called them "Baazaru" while campaigning for Delhi assembly elections. His Cabinet Minister V. K. Singh went a step ahead calling them "prestitutes". This was perhaps worse than the “fake news” diatribe that the US President Donald Trump routinely hurls at the US media. But in contrast to the meek and submissive Indian mainstream media that chose not to antagonise the Modi government in last three years, the US Media seems to have no holds barred within Trump’s first 100 days of assuming office.

As I write, the upper caste Thakur community has led the third string of attacks on Dalits in Uttar Pradesh. Fifty houses have been burned and at least 4 Dalits killed and over 50 injured since the clash broke out in early May. PM Modi, who had famously retorted to shoot him instead of killing his Dalit brothers, has neither tweeted nor spoken a single word against this caste based violence against Dalits.  His deafening silence on the trove of attacks by the self-proclaimed cow protection squad has only bolstered the widespread belief that the terrorising squad has a direct or indirect backing of his party.

How else do you explain his silence when a Pehlu Khan gets lynched by the mob while he was buying cattle for milk production? Mr. Modi minces no words when Akhlakh, father of an Indian Navy personnel was lynched in his own house? Roughly ten months after he had criticised the  Gaurakshaks squad (cow vigilantes) as "anti-social" that are mushrooming thick and fast, nothing has happened to stop them.

The same fate awaits Dalits facing atrocities in the country. Modi government does nothing to either condemn or take action when Dalits like Rohith Vemula, Delta Meghwal lose their lives. While Dalits face discrimination across the country, it is the BJP-ruled states like Haryana, Madhya Pradesh, Rajasthan, Gujarat where there have been consistent reports of anti-Dalit atrocities.

While the PM was quick to condemn the attack in London at an Ariana Grande Concert, he chose to ignore local attacks on hapless Indians. Interestingly, PM Modi and his party club the Dalit under the “Grand Hindu coalition” during the elections, however, once elections are over they are shoved to the margin until the next election when covert or overt wooing recurs to take advantage of their numerical strength.

PM Modi did face a brief joint press conference with then British PM David Cameroon during his Nov 2015 visit to the UK. However, so far, barring few one to one interactions with his favorite journalist on the pro-BJP channels, PM Modi has stayed away from addressing the Press in India. He cherry picked his interviewers and channels that support his party to avoid potential difficult questions. PM Modi seems so much worried about potential questions that even during interactions with students on Teachers Day on 5 September 2015, the questions given to students were scripted by the Human Resource Development Ministry to avoid the PM major embarrassment.

It is crystal clear that Modi apparently prefers monologues like tweets, Mann Ki Baat and speeches over dialogues.

World Press Freedom Day is a day to reiterate our unwavering support towards a free & vibrant press, which is vital in a democracy.

The second instance came during Ramnath Goenka Excellence in Journalism Awards in Nov 2016, Mr. Modi instead chose to give a sermon to the media on Media Ethics and gave an out of context example. He mocked at a hypothetical example of a headline which speaks of a BMW hitting a Dalit in the street. In jest, the prime minister said how the BMW owner was supposed to know the caste of the pedestrian!

Will Indian press gets its Freedom?

The buoyant media who used to ask extremely tough questions to the UPA government, and rightly so, has gone completely slumber.  What is even more worrying is that the most of the Indian mainstream press do not seem to be bothered a bit about a prime minister of the largest democracy not giving any press conference.

In a report released in April 2017, India has slipped further to the 136 rank in the Press Freedom category, even below violence-hit Palestine

Last month, an Indian American Hasan Minhaj roasted the President of United States of America Donald Trump in an annual custom known as the White House correspondence dinner. Many presidents, including President Obama, have been subjected to a similar experience in the spirit of what is known as the celebration of the freedom of expression. This year, President Trump gave the event a miss. But the event still went on. After half an hour criticism of Trump and his cabinet, Mr. Mihnaz, originally from Aligarh, received standing ovation from the nation's top media houses when he ended his speech lauding the first amendment —related to freedom of expression —that empowers a first generation immigrant Muslim like him to criticise the President.

India too has Article 19 of the constitution on the freedom of expression. Imagine if something like what Mr. Minhaj did to Trump can even remotely be possible in India. In a report released in April 2017, India has slipped further to the 136 rank in the Press Freedom category, even below violence-hit Palestine. What is ironic is that the Prime Minster Modi still could tweet about the importance of press freedom and get over two thousand retweets.

Given the antipathy of people towards the mainstream media for not raising their concerns, social media, news portals, youtube channels are taking up the vacant space. These alternatives are increasingly striving to become responsible independent media.

Mr. Modi seems to have forgotten that a prime minister has a duty to its people beyond election rhetoric, speeches and election victories. He will soon need to do something quickly to stop the violence and bring the culprits to the book. How about starting with a press conference on his third anniversary of assuming office and responding to tough questions? 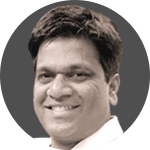