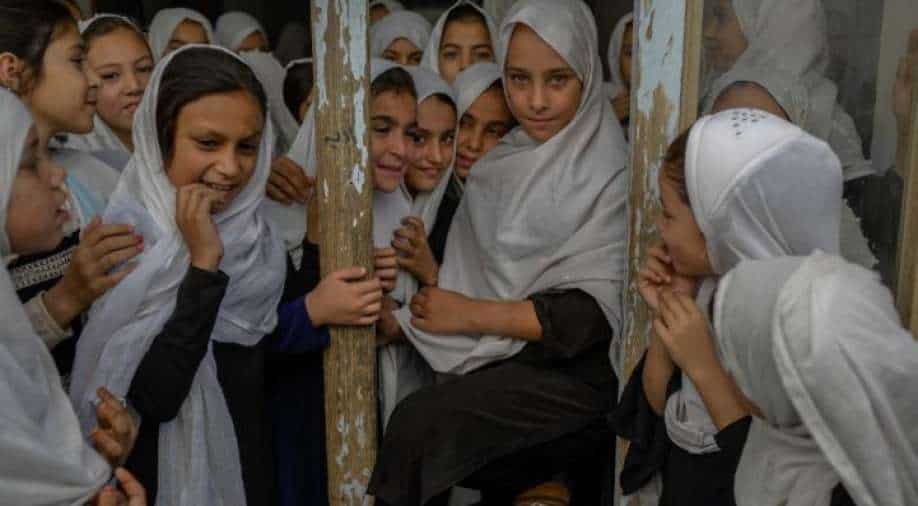 Afghan girls are allowed to attend secondary schools in Kunduz province of the country, Taliban spokesperson Suhail Shaheen has said.

Sharing a video on his Twitter handle, Shaheen, who has been nominated as the new Afghan government`s permanent representative to the United Nations said:"Girls are going to high schools in Khan Abad, Kunduz Province.

In September, the Taliban have banned girls from secondary education in Afghanistan, by ordering high schools to re-open only for boys.

Girls were not mentioned in the Taliban`s announcement, which means boys will be back at their desks, while their sisters will still be stuck at home.

"All male teachers and students should attend their educational institutions," the statement had said.Girls were also prohibited from secondary education under the Taliban`s previous rule across Afghanistan from 1996 to 2001.

The group replaced the chancellor with one of their own members who has had significantly less formal education, reported New York Post.

The Taliban-appointed new chancellor barred women from the institution as either teachers or students. But under the strict mandate of gender segregation, classes in various private institutions are open to all.

According to UNESCO, Afghanistan has made important gains in the education sector in the past two decades.