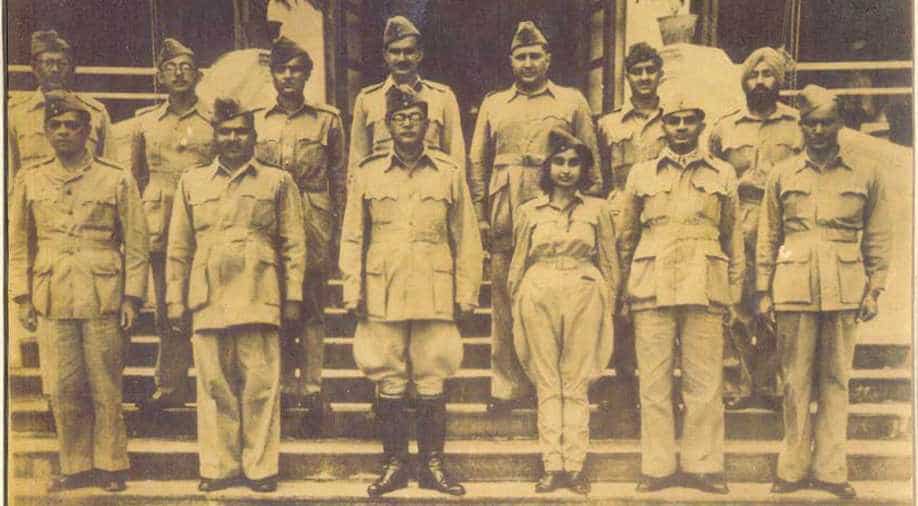 Subhas Chandra Bose and the members of the Indian National Army Photograph:( Others )

Born on January 23, 1897, Subhas Chandra Bose consecrated his life to the mission of liberating his motherland from British rule. Ever since his emergence as a frontline leader of the Indian National Congress, he was imbued with the unshakable conviction that while the Gandhian method of passive resistance and non violent struggle could paralyse British colonial administration, it was incapable of overthrowing it.

Thus, despite his adherence to the official Congress policy of non-violence as a Congress leader and then President of the Congress in 1938, Subhas declared in his book The Indian Struggle in 1934-35 that passive resistance would have to develop into active resistance and in the last stage there would be armed revolution which would end British rule in India.

Subhas had close connection with revolutionaries and was imprisoned for prolonged periods by the British Government which did not dampen his ardour.

While the Gandhian method of passive resistance and non violent struggle could paralyse British colonial administration, it was incapable of overthrowing it

After his resignation as Congress President in 1939 in the face of inveterate opposition of the Gandhian wing, Subhas formed the Forward Bloc and began nationwide propaganda about the impending Second World War, urging the Congress to utilise the international situation to India’s advantage.

He was expelled from the Congress on disciplinary grounds and subsequently put under house arrest following his bid to lead the Holwell Monument agitation in 1940. On January 16, he escaped dramatically from his house in Elgin Road in the dead of night.

Subhas proceeded first to Kabul from where he tried to contact the Soviet Embassy but failed. He then went to Germany and built up the Indian Legion. However, his hope of securing Hitler’s help for India’s freedom was belied. But Hitler provided Subhas a submarine for undertaking a perilous voyage to Japan where the exiled Indian revolutionary Rashbihari Bose had created the Indian Independence League and the Indian National Army (INA), comprising of Indian expatriates in East Asia.

After Rashbihari handed over the charge of the INA to Subhas, he emerged as ‘Netaji’ or Commander of the Azad Hind Fouz, devoted single-mindedly to the task of raising a mighty fighting force and a total mobilisation to launch a massive assault on British imperialism.

The Japanese Premier Tojo was fascinated by his personality and promised Japanese help for the Indian cause.

The INA of Subhas invaded India in 1944 and penetrated 250 miles inside Indian territory and hoisted the tricolour flag at Manipur.

Had Imphal fallen as Netaji visualised, history would have been written differently. But the untimely advent of the monsoon forced the INA to retreat. Subhas was still not downcast and strove to obtain Russia’s help. On October 18, 1945, he was reported to have died in an air crash at Taihoku.

However, the trial of INA soldiers at Red Fort triggered off a tremendous countrywide upsurge and ignition of a spirit of revolt in the Army, Navy and Air Force unheard of since the 1857 revolt which expedited the transfer of power.

Subhas is glorified, even deified as a dauntless patriot

Today even the critics of Subhas acknowledge his indirect contribution to India’s independence. A large segment of his countrymen refuse to believe in his death particularly because after the air crash story has been conclusively repudiated by the Mukherjee Commission. Subhas is glorified, even deified as a dauntless patriot.

The seminal question is whether he was more than just a patriot. Even Mahatma Gandhi who hailed him as the Patriot of Patriots, considered his patriotism misguided. Others call him a brave heart but a reckless adventurer who harboured impossible dreams. Will he then live in history?

Objectively speaking, Subhas was as much a prophet as a patriot. With prophetic foresight, he predicted the inevitability of the Second World War as far back as the Calcutta Congress on December 1928.  Incredible though it may sound, it is none the less true that in his article Europe Today and Tomorrow published in The Modern Review on August 21, 1937, he foresaw that the Russian colossus would baffle Hitler exactly as it had baffled Napoleon. He also forecasted Hitler’s annexation of Austria through Anschluss which came true to the letters.

The day Hitler invaded Russia, Subhas told Dr. Giselher Wirsing in a Berlin hotel that it would invite danger for Germany. The rest is now history. In his Presidential speech as Congress President in Haripura Subhas voiced his sinister prognostication that before departing, the British would partition India.  Subhas even anticipated the Cold War in his broadcast from Singapore on May 25, 1945 saying that there would be an acute conflict between the Soviets and the Anglo-Americans. Can any utopian visionary predict events with such unerring correctness?

Subhas’s attempt to liberate India with Japanese help has been criticised on the ground that it would have invited Japanese invasion of India. It is conveniently forgotten that Japan had no agenda for imperialistic expansionism in India and did not include her in the Co-Prosperity Sphere, a fact testified by Japanese historians like Akashir and Nagasaki. India’s geographical location and distance from Japan, acted as a strong deterrent to any Japanese expansion there.

Subhas declared in 1943 that once the Azad Hind Fouz set its foot on Indian soil, a revolution would break out not only among the civilian population but also the British Indian Army. Here Subhas strove to retrieve the legacy of his predecessors like Jatin Mukherjee, Rashbihari Bose and the activists of the Ghadr Party who envisaged armed revolution with the agenda of damaging the loyalty structure of the British Indian Army.

Subhas who regarded the 1857 Revolt as the First Indian War of Independence, knew that since 1857, the loyalty of the armed forces to British rule had remained unimpaired and it was here that one had to make a deep dent. Gandhi galvanised the inert masses into action but had no agenda to alienate the army or the police from erstwhile loyalty to the British masters. Subhas was vindicated by the spirit of rebellion which surfaced in the Army followed by the revolt of the Royal Indian Navy in 1946 which shook the foundations of the British Empire.

Subhas’s mission was, thus, rooted in the lessons of history rather than a misadventure as Subhas’s detractors contend. Subhas will live in history, not only for his bravery, gallantry and thrilling adventures, but more for his historic foresight, intuition and rational analysis of events which made him the catalyst of a historic venture and a nationalist adventure rather than the symbol of a suicidal misadventure. Recognition of his rightful place in history is more necessary than naive and emotional adulation. 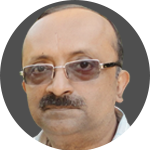 Sumit Mukerji is professor of Political Science and Director, Centre for Studies on Bengali Diaspora at University of Kalyani.