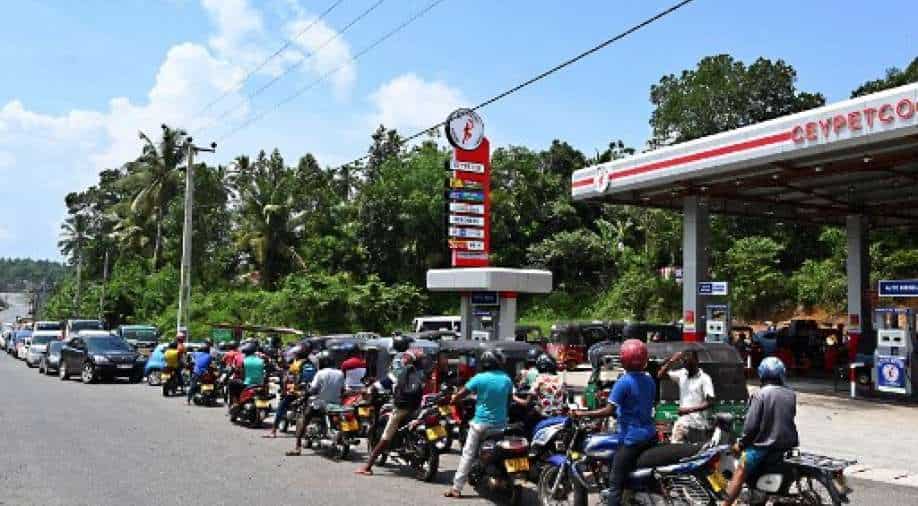 Serpentine queues were witnessed outside several fuel retail outlets across the country. Many people complained of having to wait for hours to get petrol only to be returned empty-handed

According to the state-owned Ceylon Petroleum Corporation (CPC), people with two-wheelers will be allowed to buy petrol for a maximum of 1,000 Sri Lankan rupees (US$3), per visit.

However, these limits would not be applicable to buses, lorries and other commercial vehicles.

Meanwhile, serpentine queues were witnessed outside several fuel retail outlets in Ceylon. Many people complained of having to wait for hours to get petrol only to be returned empty-handed.

Queue for petrol has come to our doorstep now,a side road winding the station on main road;they’re sitting in their 3-wheelers waiting for bowsers to come;queue already 1km long is being joined by new vehicles every minute:not sure when they could fill tanks: pic.twitter.com/1LIY8nyLP5

Citing multiple reasons, such as the gas crisis and the present state of affairs as well as his personal policies, Theshara Jayasinghe said he decided to step down with effect from April 14, 2022.

Since February, Sri Lanka has been facing fuel scarcity after the government ran out of dollars to import fuel.

The shortage had forced the government to impose extended power cuts, sometimes up to 13 hours per day.

Tensions over the scarcity of supplies have led to sporadic violence among those scrambling to buy fuel and other essential items.

The rapid drain of Sri Lanka’s dollars has left it struggling to pay for critical imports as currency reserves have slumped 70 per cent in the last two years to $2.31 billion.

The move to impose fuel rationing system comes three days after Sri Lanka announced a pre-emptive default on all its foreign loans due to insufficient reserves.

Finance Minister Ali Sabry, ministry officials and Central Bank officials are expected to begin talks with the International Monetary Fund on Monday for a loan to manage the balance of payment crisis.