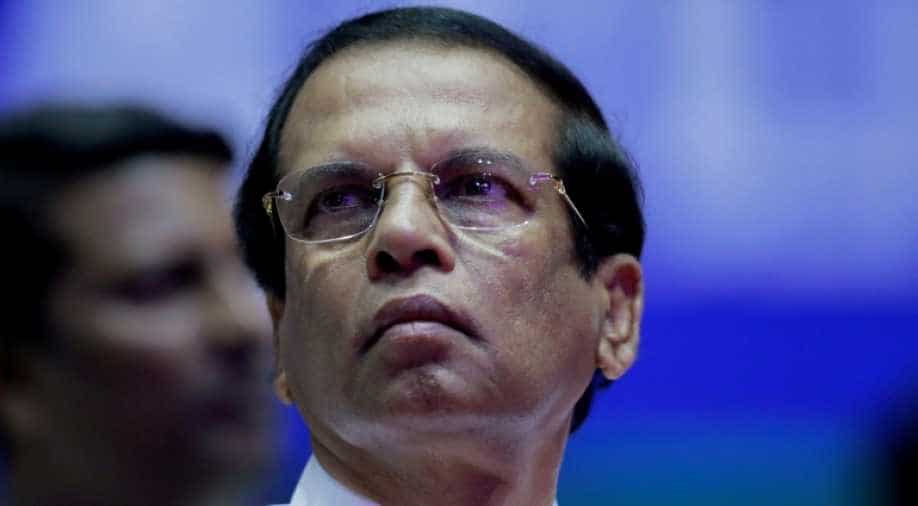 The JVP and the TNA, which represented diagonally opposed political stands, came together during the political crisis in the island nation when President Maithripala Sirisena sacked Prime Minister Ranil Wickremesinghe.

Sri Lanka's main Tamil party TNA and Marxist party JVP on Monday held a rare meeting here and decided to work together towards abolishing the executive presidency in the country.

The TNA and JVP put up a broad front to force Sirisena backtrack through court action. The Supreme Court's intervention made Sirisena to reinstate Wickremesinghe as the prime minister.

The meeting between the two parties on Monday came as part of JVP's consultations on the need to abolish presidency.

The two parties held a discussion on the 20th Amendment to the Constitution which aimed at abolishing the executive presidency.

JVP leader Anura Kumara Dissanayake told the media they discussed mustering support for the 20th amendment to the Constitution in Parliament and working in tandem on matters of mutual interest.

He said the JVP discussed with the TNA about a model to get all communities involved in governance.

He said the decision on the implementation of the proposed 20th amendment must be vested with the people.

"Those who attempt to defeat the amendment in Parliament are the ones who are afraid of the people," Dissanayake said.

TNA leader R Sampanthan said they discussed how the two parties could work together for the country and the people. He said they briefed the JVP on matters recently discussed with the President and the Prime Minister on the devolution of power.

Both parties said their coming together was to preserve the island's Constitution and it was not an action in personal favour of Wickremesinghe.

"We have decided to work with the JVP for the betterment of the country. If we need to bring the main political parties onto the right track, the TNA and the JVP must work in unison in this regard," the veteran TNA leader said.

"We are open to working with the TNA based on equal participation," Dissanayake said.

The JVP in 2004 branded the TNA a proxy party of the LTTE who ran a bloody separatist campaign to carve out a separate Tamil homeland in the north and east regions of the country.

Dissanayake said the TNA was supportive of the idea to abolish the presidential system of government through the JVP's move to introduce an amendment to the Constitution.

The 20A seeks to abolish the executive presidency, the main feature in the existing 1978 Constitution.

The nationalist opposition led by the former President Mahinda Rajapaksa accuses the government of relying on the TNA's support for its survival.