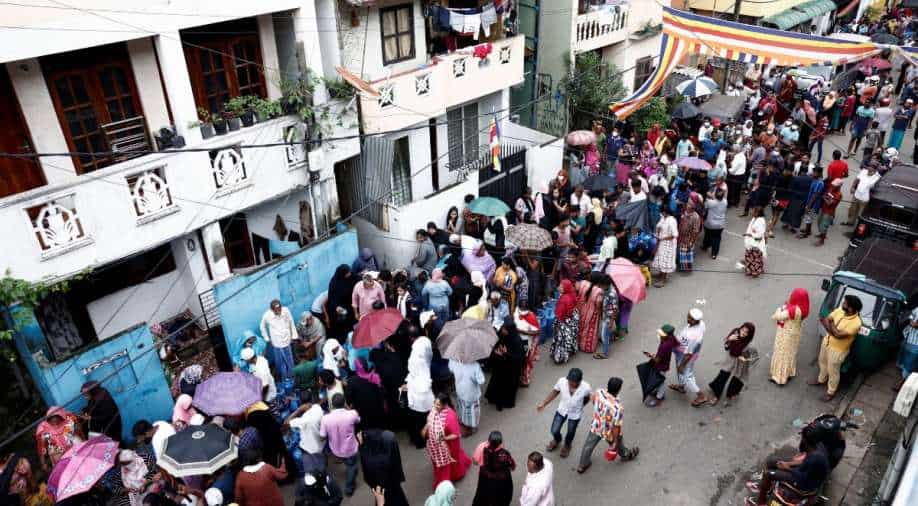 About 900 out of around 1,100 engineers of the state-run Ceylon Electricity Board (CEB), Sri Lanka's main power company, went on strike at midnight, stalling operations at eight hydropower plants that generate around 1,000 MW of electricity

Swathes of Sri Lanka were hit by electricity cuts on Thursday after a power sector union went on strike opposing new government regulations, compounding hardships as the country tackles a crippling economic crisis.

About 900 out of around 1,100 engineers of the state-run Ceylon Electricity Board (CEB), Sri Lanka's main power company, went on strike at midnight, stalling operations at eight hydropower plants that generate around 1,000 MW of electricity.

The CEB Engineers' Union is opposed to government plans to amend legislation governing the country's power sector, which include removing restrictions on competitive bidding for renewable power projects.

Kanchana Wijesekera, Sri Lanka's power minister, said he was open to make changes to the legislation that is due to be presented to parliament, adding that consumers had the right to cheap and uninterrupted electricity supply.

"If the existing CEB act does not need amendments and has the capability to implement renewable energy projects without delay, why did the CEB deprive many who had requested to do so for years?," Wijesekera said in a tweet.

Sri Lanka's 22 million people are already suffering the country's most serious financial turmoil in seven decades, with severe shortages of fuel, medicines and other essentials amid record inflation and a devaluation of its currency.

In a bid to stop the CEB Engineers' Union from striking, Sri Lanka's President Gotabaya Rajapaksa issued a gazette notification late on Wednesday declaring electricity supply as an essential service.

The legal directive makes it mandatory for engineers to report to work.

"President Rajapaksa called the union president late last night and made an appeal not to let the entire grid collapse. So we are working to ensure hospitals and other essential services have power," the union's joint secretary Eranga Kudahewa told Reuters.

"But the strike will continue," he said.

The government, pushing renewable energy as a potential solution for the country's power woes, has underlined the need for the amendments to allow for quicker approval and implementation of projects.

"We are working to restore services and will talk with the unions to reduce public inconvenience," Ratnayake told Reuters.

Sri Lanka was crippled by long power cuts earlier this year after it was unable to import fuel needed to generate electricity, though the situation has improved as monsoon rains have bolstered hydropower generation.