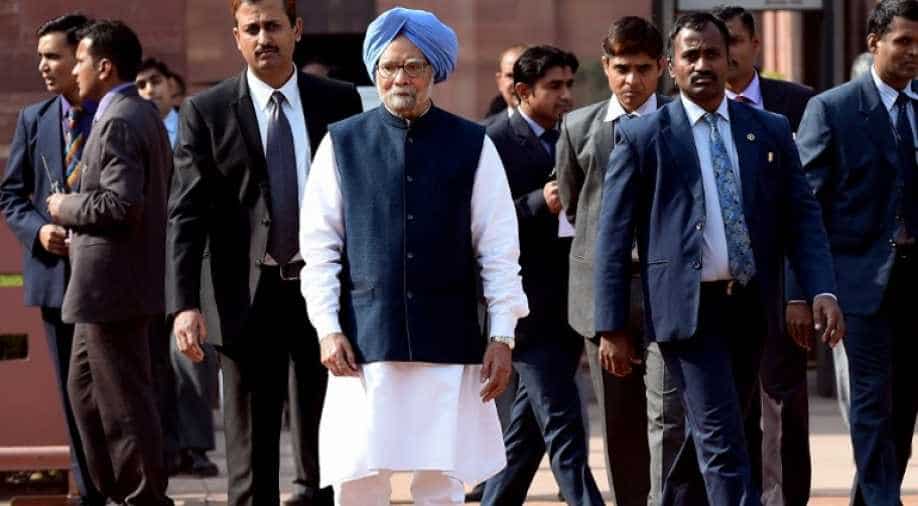 In a bid to corner the Opposition's Congress ahead of the Budget session, the ruling BJP launched a fresh attack on the party, accusing it of pulling strings to secure loans for liquor baron Vijay Mallya's now-defunct Kingfisher Airlines.

The BJP alleged the "corrupt hands" which helped Mallya get bank loans belonged to the then Prime Minister Manmohan Singh and Finance Minister P Chidambaram. The party quoted from purported letters written by Mallya to Manmohan Singh in which he sought his intervention and subsequent to which Kingfisher Airlines received loans.

Reacting to the allegations, former PM Manmohan Singh said that all Prime Ministers and others in the government receive letters from various captains of industry and that what was being talked about was just an ordinary piece of letter "which any government in my position would have dealt with."

“All PMs and other ministers in any govt receive representatives from various captains of industry which is passed on to appropriate authority. What I did was with full satisfaction of mine that we were not doing anything against law of the land. It was a normal routine transaction and therefore the letter that’s being talked about is nothing but an ordinary piece of letter. It’s an ordinary piece of letter which any Government in my position would have dealt with,” he was quoted as saying by ANI.

Earlier in a press conference, the BJP dragged the Congress leadership into the row, alleging that the then principal secretary to the PM, Pulok Chatterjee, would "snatch files" from Manmohan Singh to take it to 10 Janpath, residence of Sonia Gandhi.

"The hands which pulled the strings to ensure that Mallya received loans are visible now. They belonged to Chidambaram and Singh.

"Did the hands of 10 Janpath also pull the strings? Sonia and Rahul Gandhi should come out in public to say at whose behest the loans were sanctioned to Kingfisher Airline," he said. "It was after one such letter Mallya had written to Singh on November 14, 2011 that the Prime Minister told the media that 'we have to find ways to get Kingfisher out of trouble'," Patra said. In another letter, he sought Singh's intervention to get funds from banks released immediately, the BJP leader claimed.

In one of the letters, Mallya said he was very "relieved" and "pleased", apparently referring to developments in the interim, according to Patra. A top official in the Prime Minister's Office had spoken to ministries concerned following his letter to Singh and Mallya had mentioned it, he said.

Patra cited another letter the absconding liquor baron allegedly wrote to Chidambaram in March 2013, seeking his intervention to get a No Objection Certificate from the State Bank of India -- which headed the consortium of banks which had given unrecovered loans to the airlines, and its subsidiaries -- while his liquor company was in talks with Diageo for a deal.

Asked about Mallya's defence, Patra said the businessman said they would not listen to a defaulter and he should come back if he wanted to be heard.