Report: Media freedom in Pakistan deteriorated in 2021, oppn calls it testimony to 'fascism' of the government 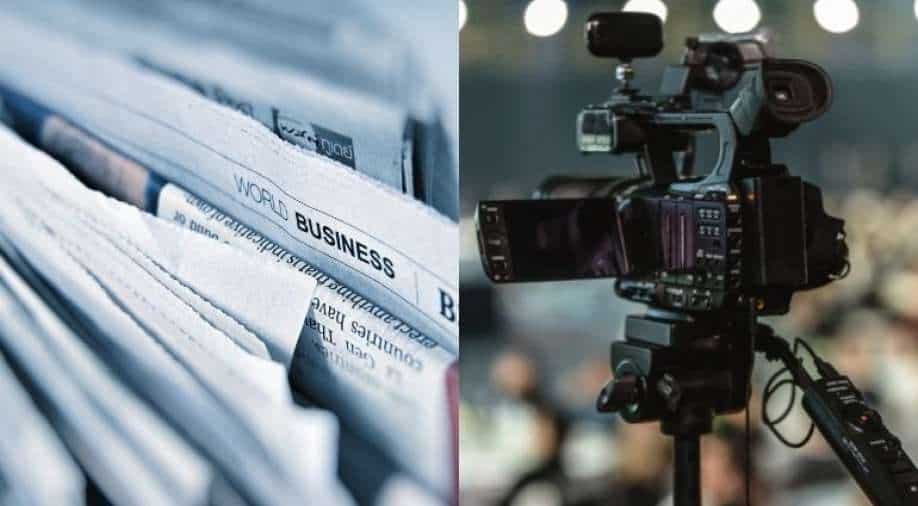 According to the report, the state of the media in Pakistan for 2020 is characterized by increasing attempts to censor the media and to negate the right to access information. Photograph:( WION Web Team )

A report released Monday by the Council of Pakistan Newspaper Editors (CPNE) indicates that during last year, freedom of the press and freedom of expression in Pakistan remained under severe pressure.

Report on media freedom paints a bleak picture of the reality of being a journalist in the country. It highlights that in the last year five journalists were killed in the line of duty and that attempts to stifle the media and block access to information have grown in intensity.

According to Dawn, the "Pakistan Media Freedom Report - 2021" was compiled under the supervision of CPNE's press freedom and monitoring committee and included firsthand information and material obtained from media outlets and websites.

"Freedom of the press and freedom of expression remained under severe pressure and faced a myriad of challenges during the previous year," the report said.

Shehbaz Sharif, the president of the Pakistan Muslim League Nawaz (PML-N), described the media report as another charge sheet against the Imran Khan government.

Sharif said, "The Council of Pakistan Newspaper Editors (CPNE)'s report is yet another charge sheet against the PTI government. Such reports may affect Pakistan's GSP Plus status and prospects for foreign investment."

He added that the report is a testimony to the 'fascism of this government'.

According to the report, the state of the media in Pakistan for 2020 is characterized by increasing attempts to censor the media and to negate the right to access information.

In addition, the paper recalled incidents that took place in Pakistan in 2021 that indicated that the year had been a particularly challenging one for journalists, media workers, and media organizations in different ways.

"A number of journalists faced attempts on their lives, lawsuits and telephone calls from unknown numbers," the report said.

It noted five journalists were killed in the line of duty, including Nazim Jokhio, a Karachi-based social media activist who was murdered mercilessly. The report also reported 9 journalists died from the covid pandemic, and many media persons committed suicide due to unemployment.