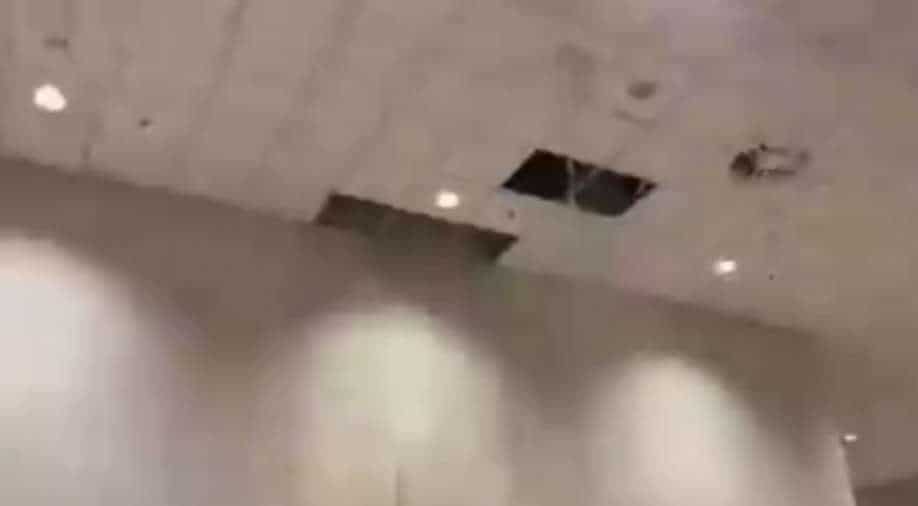 With heavy rainfall came down Islamabad International Airport's false ceiling. However, turns out, this is not the first time such a downfall has taken place. Twitter reactions tell the tale

Islamabad airport frequents remember a bucket lying in the centre of the floor. This bucket was used to collect water pouring from the ceiling during the rainy days. However, a different year calls for different scenery.

Everybody was shocked, but not surprised when on Monday sections of the false ceiling started leaking in Islamabad's brand new airport.

When heavy rainfall hit the twin cities, Islamabad and Rawalpindi, rainwater entered the Islamabad International Airport which led to the collapse of some sections of the false ceiling.

The airport staff was seen standing helplessly as rainwater started pouring down on the immigration counter, among other places. Several electric equipments malfunctioned due to the water.

Islamabad Airport in the Monsoon.... FWO our Proud 😐 pic.twitter.com/3Il3KiGpc9

While the authorities claimed the ceiling was being repaired and the operations had not been affected, Twitter audience applauded the Islamabad airport authorities for providing the experience of an 'indoor shower'.

Here are some of the best reactions:

Alr the ones living in isl think they are in Newyork, great now they have niagra falls too 🤷🏻‍♀️

This is beautiful. Shower installed at Islamabad Airport to counter heat. https://t.co/lcGkJrR39U

Islamabad airport is quite new. Guess they still haven't finished the roof. https://t.co/jgDoT6He1p

Turns out this is not a new thing. A huge portion of the false ceiling had collapsed earlier in August 2020, which many visitors said was a usual thing for Islamabad airport now.

The first sight at the newly Islamabad airport a few years for me was a bucket in the middle of the way collecting water from a leaking roof. Guess it was never entirely fixed https://t.co/fWt0wlMAYy