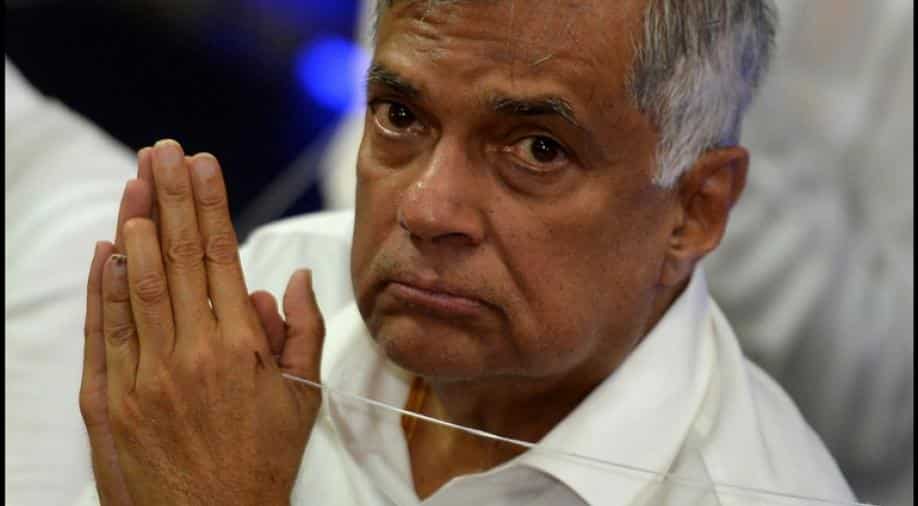 The Speaker named five members from the United National Front (UNF) of Wickremesinghe, and one each from the Tamil National Alliance (TNA) and the Janatha Vimukthi Peramuna (JVP).

Sirisena's party members walked out of Parliament, which resumed its session on Friday after being adjourned on Monday, protesting against Speaker Karu Jayasuriya's move to appoint five members of the United People's Freedom Alliance (UPFA) which is led by the President.

The Speaker named five members from the United National Front (UNF) of Wickremesinghe, and one each from the Tamil National Alliance (TNA) and the Janatha Vimukthi Peramuna (JVP).

Also read: Sri Lanka state banks to borrow up to $1 billion abroad before end of 2018

This is in continuation of the political unrest plaguing the country since October 26.

Jayasuriya, at the start of the session, announced that following a meeting of all party leaders which ended without an agreement over the composition of the committee, he had decided to grant five members each to the UPFA and the UNF.

The committee would comprise 12 members, he said.

"I urge you to recognise us as the government and give us the majority in the select committee.

"We have precedents that even during the minority governments in the past the government had been given majority in the select committee," he said.

Lakshman Kiriella on behalf of the ousted government said that Jayasuriya has declared the members based on two previous votes that there was no government and the purported government does not exist.

Wimal Weerawansa, another Sirisena backer, said that if Jayasuriya was not recognising the government, they would not recognise Jayasuriya as the Speaker.

"We will leave the chamber allowing you to conduct a meeting of the United National Party," Weerawansa said and led Sirisena's side out of the chamber.

Jayasuriya then proceeded to take a vote on his decision on the select committee composition after a vote was moved by JVP's Vijitha Herath.

The proposal was adopted with 121 votes for and nothing against. The members of the UNF, Sri Lanka Muslim Congress and the Tamil National Alliance voted in favour.

Speaker Jayasuriya then ordered a floor test in the 225-member assembly to end the ongoing political crisis, a move which invited the wrath of the government of Rajapaksa.

The UNF has already moved two motions of no trust against Rajapaksa and they are to move a third vote again, perhaps Friday. Rajapaksa, however, has refused to step down.

On Wednesday, Wickremesinghe's party handed Parliament another motion, demanding suspension of funds of all ministry secretaries whom they claim had been illegally appointed since October 26.