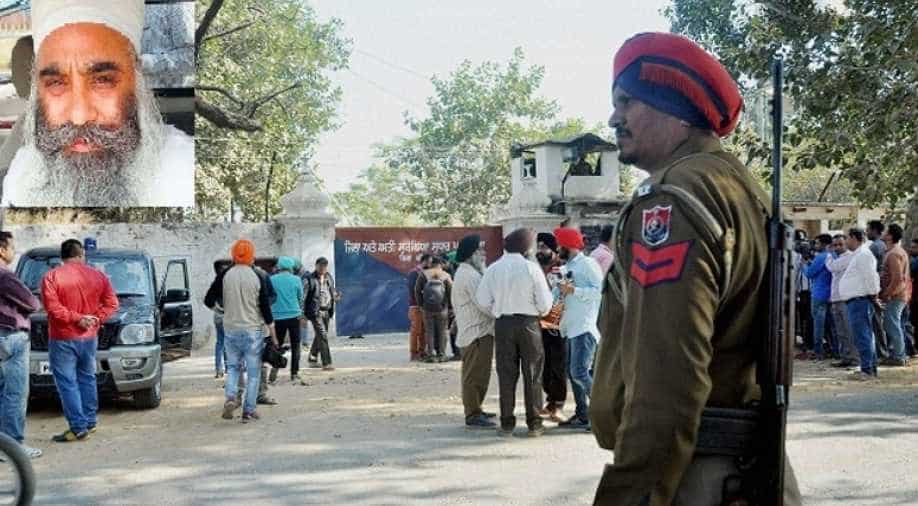 Harminder Singh Mintoo, the chief of the militant outfit the Khalistan Liberation Front and who had escaped along with five others from Nabha jail in the Indian state of Punjab on Sunday, was planning to travel to Germany via Malaysia, Indian newspaper The Times of India reported.

Mintoo was arrested by Delhi police today and has been sent to police custody for seven days.

Mintoo and the others had escaped after armed men in police uniform tricked the jail's sentries into opening the gates; the men in uniform and the inmates then bolted out in a hail of bullets.

Hours later, the alleged "mastermind" of the daring daylight jailbreak, Parminder Singh, was arrested from Kairana in Uttar Pradesh's Shamli district when his getaway vehicle -- a Toyota Fortuner -- was stopped at a police picket.
He has been sent to a 14-day judicial remand, ANI reported.

Mintoo was wanted in 10 cases including the 2008 attack on the Sirsa-based Dera Sacha Sauda chief Gurmeet Ram Rahim Singh and the recovery of explosives from the Halwara Air Force Station in 2010. He was arrested by Punjab Police in November 2014 after he was deported from Thailand.

The others who escaped with Mintoo were gangster Vicky Gaundar, Amandeep Dhotian, Gurpreet Sekhon, Nita Deol and Kashmira Singh, who is also a militant.

A high alert has been sounded in the states of Punjab and Haryana after the escape with security around railway stations, airports, and inter-state bus terminuses stepped up.