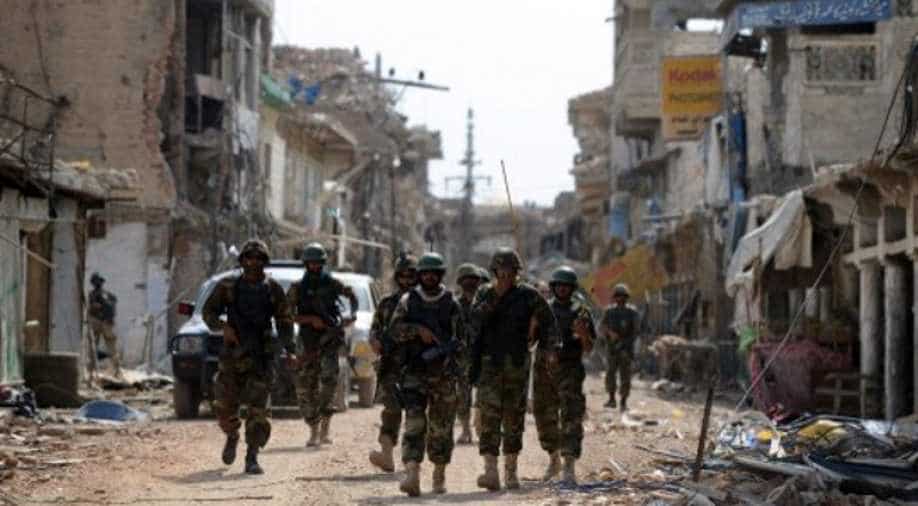 An improvised explosive device (IED) killed an army major on Tuesday outside a weapons shop as the military staged a raid of the market. Photograph:( AFP )

Pakistani security forces blew up a market in a restive tribal region near the Afghan border to avenge the killing of an army officer in a bomb attack, the authorities said Saturday.

The market housing more than 100 shops was destroyed on Thursday in Wana, the capital of the South Waziristan region, one of the seven semi-autonomous tribal areas where the army has been battling Taliban and Al-Qaeda linked militants for more than a decade.

"The security forces ordered the shopkeepers to leave the market, which had over 100 shops and blew it up with explosives," senior local administration official, Zafar-ul-Islam told AFP on Saturday.

An improvised explosive device (IED) killed an army major on Tuesday outside a weapons shop as the military staged a raid of the market.

Afghan national Kharoti Khan, who owned the shop, was arrested and his house demolished a day after the explosion, Islam said.

He added the market was demolished as part of a "collective responsibility" to curb militancy from the area.

Since 2007 the government has encouraged vigilante forces comprising tribesmen, locally known as peace committees, to defend their villages against the Taliban.

The tribal areas are off-limits to journalists and it is impossible to independently verify incidents reported by the military or militant groups.

The army launched an operation in June 2014 in neighbouring North Waziristan to wipe out militant bases in the tribal areas and bring an end to a bloody insurgency that has cost thousands of civilian lives since 2004.

As a result security has improved. Scattered attacks still take place, but fewer than previously.

According to data from the South Asia Terrorism Portal, 457 civilians and 182 security forces were killed in Pakistan from January 1 to September 11, putting 2016 on course for fewer casualties than 2015.

Last year, the country recorded its lowest number of militant-related killings since 2007, when the Pakistani Taliban was formed.