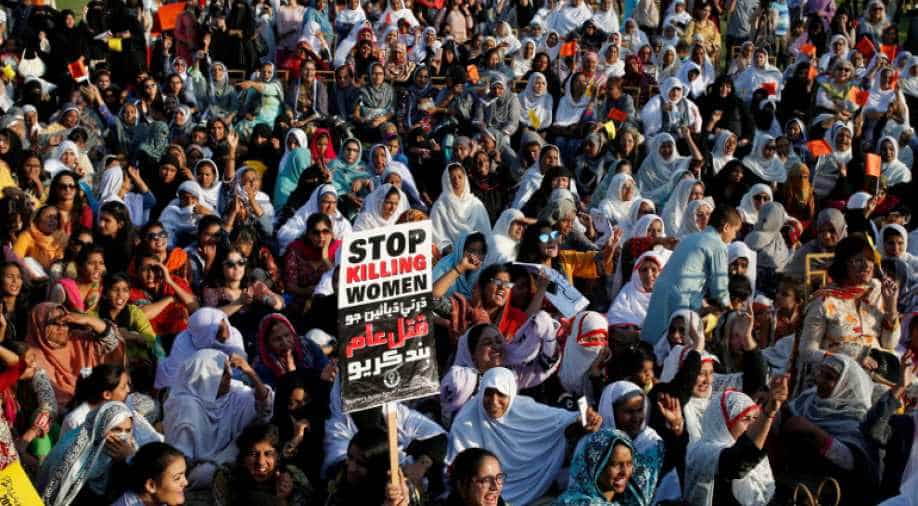 The Aurat March is an annually-held demonstration, organised in various cities of Pakistan including Lahore, Hyderabad, Sukkur, Karachi, Islamabad and Peshawar to observe International Women's Day

The controversial blasphemy law in Pakistan, which have long been used to subjugate the minorities in the countries, is now being employed to silence women fighting for their rights.

Recently, two Pakistani courts have asked authorities to register cases against organisers of last month's Pakistan's Women's March for violating blasphemy law, which carries a potential death sentence for anyone who insults Islam.

The Aurat March is an annually-held demonstration, organised in various cities of Pakistan including Lahore, Hyderabad, Sukkur, Karachi, Islamabad and Peshawar to observe International Women's Day.

A petition seeking to ban the annual gathering has also been lodged with the Islamabad High Court.

The petitioner accused that blasphemous slogans were used during the Women's March. However, the organisers have clarified that the participants of the march did not raise such slogans and their video was doctored to defame their struggle.

"Pakistan is not a democratic state but a religious state where clerics wield a lot of influence," Mehdi Hassan, a former chairperson of Pakistan's Human Rights Commission, told DW.

"Hurling allegations of blasphemy amounts to jeopardizing the lives of people here. We fear that the lives of women activists are in danger because there are so many extremists out there in the streets who could target them at any time. At least seven people have been killed just because of blasphemy allegations. Therefore, it is important that the government provides them [the activists] with protection," she said.

Lahore-based activist Shazia Khan said friends and relatives have pressured them to maintain a low profile following the accusations and legal cases.

"Hatemongers and misogynistic media personalities have been spewing venom against us, jeopardizing the lives of women in a country where people are killed merely due to false accusations of blasphemy," said Khan.

Khan believes it is difficult to say who is behind these threats and litigation.

"All the videos and posters have been fabricated or doctored. There is no truth to these accusations," prominent activist Farzana Bari told DW.

Organizers of the march have also written an open letter to Prime Minister Imran Khan to draw his attention to the threats.

This year, even the terrorist group Tehreek Taliban Pakistan publicly threatened the organizers on Twitter, much to the alarm of women's rights activists.

The tweet said, "Fix your ways. There are still many young Muslims here who know how to protect Islam and the boundaries set by Allah."