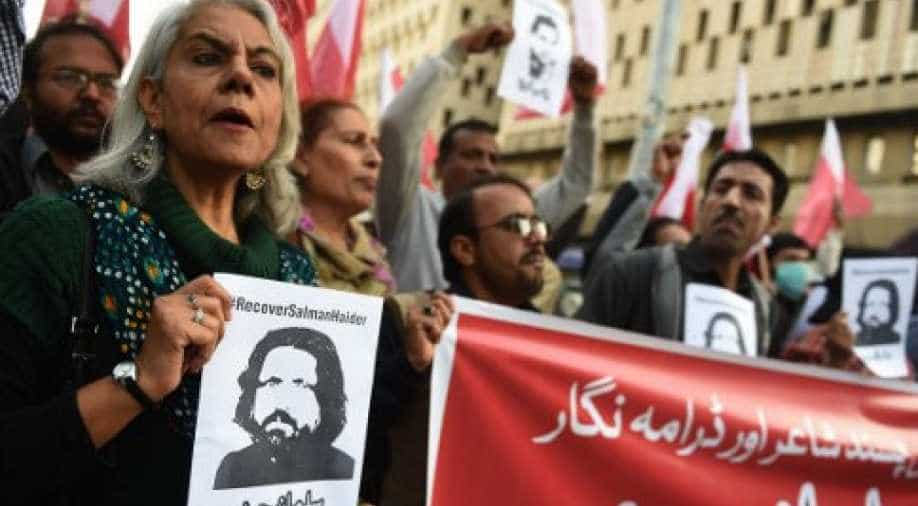 Two more missing Pakistani activists have reappeared after vanishing earlier this month, their families told Reuters on Monday, but relatives were unable to shed any light on who had been holding the men or why.

Waqas Goraya and Ahmed Raza Naseer, who went missing from the eastern city of Lahore and from southern Punjab province, respectively, returned on Saturday, but their families waited to get them to safe places before informing the media.

They were among five well known activists who went missing within days of one another in Pakistan earlier this month, only one of whom remains unaccounted for.

All five had contributed to blogs or were involved in social work critical of human rights violations or the influence of the military, leading to speculation they may have been arrested - although the government has repeatedly denied police were holding the men.

The military and other state agencies have declined to make any official comment.

In their absence, the five were accused on social media and some mainstream television programs of blasphemy against Islam, a highly charged allegation in Pakistan that could put their lives at risk from hardline religious groups.

Two of the families confirmed receiving death threats from a known Islamist militant group but asked Reuters not to publish details. The whereabouts of the fifth activist, Samar Abbas, are still unknown, his brother Ghazanfar Abbas told Reuters.

Naseer's brother Tahir said that his brother was in good health and had not spoken about who had been holding him since his disappearance on Jan. 7.

"He did say that he was questioned for two days and that he had to hand over all his data, from bank details to email information," said Tahir Naseer.

Waqas Goraya's wife, Mescha, said she had not yet met with her husband but confirmed speaking with him on the phone and added that he was "at a safe house" whose location "cannot be disclosed to anyone for security reasons".

She said she had not asked where he had been, and did not plan to "unless he talks by himself".

Goraya was visiting Pakistan from the Netherlands with his wife and son when he went missing on Jan. 4.

On Sunday, activist Saeed's father told Reuters that his son had been detained by "state agencies" while visiting Pakistan from Singapore, but did not specify which one.