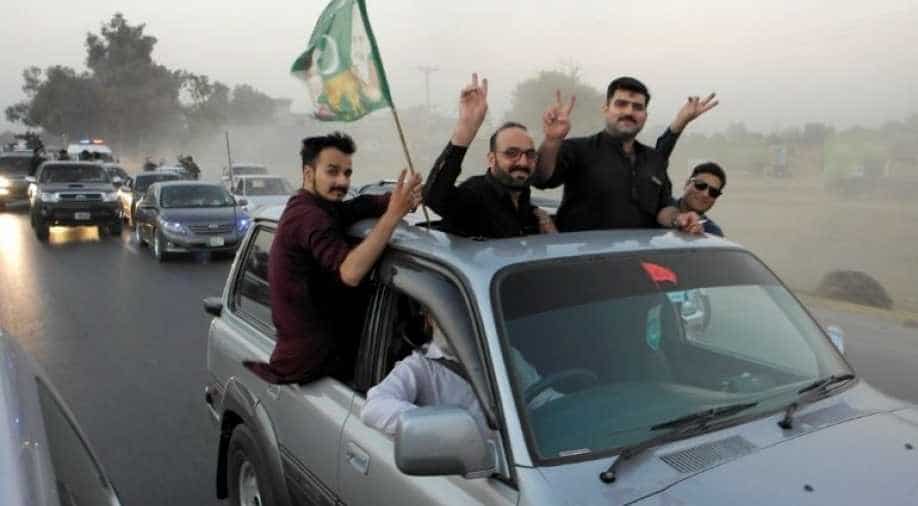 Rana Sanaullah, the President of Pakistan's main opposition party PMLN has called the Imran Khan government which came to power in 2018 says that COVID-18 has damaged Pakistan more than the virus from Wuhan.

Sanaullah's party, along with several other opposition parties, is on a nation-wide sanitisation drive to wipe out COVID-18 — the anti-government movement launched by the opposition in Pakistan.

After days of uncertainty and speculation, the Pakistan Democratic Movement — a coalition of 11 political parties —- held its first protest rally in the city of Gujranwala.

Thousands of political workers and supporters from across Pakistan attended this rally which was perhaps one of the biggest shows of strength by the mostly fragmented Pakistani opposition in the recent years.

The main attendee of the protest was Maryam Nawaz Sharif who is the daughter of Pakistan's former Prime Minister Nawaz Sharif and the Vice President of his party.

She was greeted by thousands as she stepped out of her residence. This was followed by a tumultous welcome at the protest site. Her supporters welcomed her with a shower of rose petals.

Being portrayed as the heir to her father's political legacy, she has established herself as a leading opposition voice in the physical absence of Nawaz Sharif. She has been promising that the Imran Khan government would go home before January next year and she reiterated this promise during the protest. "It's the beginning of the end of the Imran Khan government."

On thursday we reported about how Imran Khan is going the extra mile to muzzle opposition voices and prevent these protests from happening. His party cadre tried their best.

PTI workers are being accused of placing large containers on routes leading to Gujranwala. The containers are said to have been placed in more than 31 locations.

Reports say, the police stopped truck and trolley drivers and forced them to park the containers in the middle of the road.

The Pakistani media says that Imran Khan has managed to arrange 10 thousand euros to stage a counter-protest all the way in London. He has reportedly asked  his advisor and PTI leader in the UK, Sahibzada Jahangir, to hold demonstrations outside Nawaz Sharif's london residence.

Imran Khan can't afford to a give a pay hike to health workers protesting in Islamabad for days now but he has enough money to organize a protest in London and even wage a proxy war in Afghanistan.

The Afghan media is carrying reports on how Pakistan based Jaish-e-Mohammed and Lashkar-e-Taiba terrorists are supporting a Taliban offensive. This is in Afghanistan's helmand province.

Pakistan's strategy of a proxy war is quite evident in the Taliban offensive. The governor of the province has revealed the presence of JeM and LeT terrorists. They are training Taliban fighters in bomb-making and military warfare.

The violence unleashed in helmand has forced tens of thousands of Afghan civilians to leave their homes and Pakistan, the so called land of the pure, is playing a huge role in this exodus.

""You need a democratic government with a public mandate to then deal with this militancy. That's the only way we can get out of this. Otherwise if we don't have elections we're doomed," Imran Khan said.