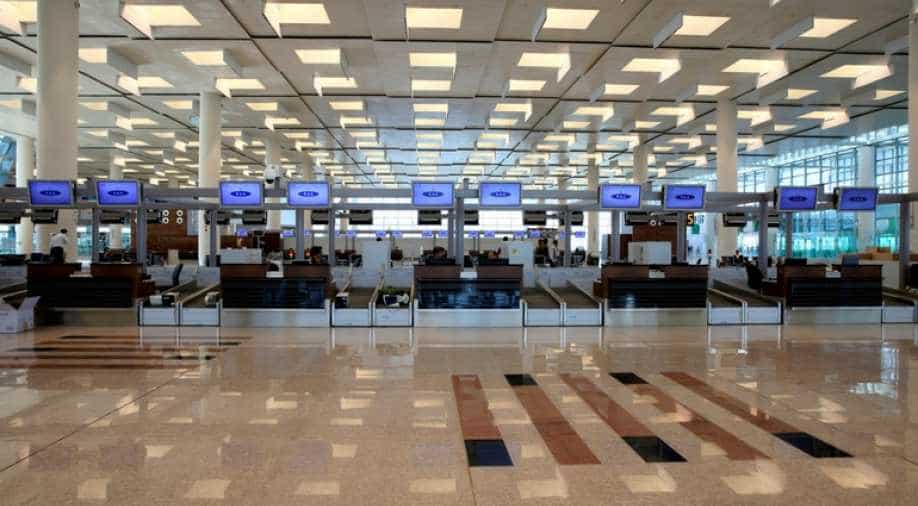 A general view of the check-in area during a media tour of the newly built Islamabad International Airport Terminal. Photograph:( Reuters )

A spokeswoman for the Civil Aviation Authority said airspace was 'partially re-opened', adding that it would be fully restored by Monday.

Pakistan partially re-opened its airspace Friday, the aviation authority said, after thousands of passengers were left stranded worldwide when Islamabad shut down air travel as tensions with neighbouring India soared.

A spokeswoman for the Civil Aviation Authority said airspace was "partially re-opened", adding that it would be fully restored by Monday.

Earlier, she said flights would be allowed in and out of Pakistan's major airports at Islamabad, Peshawar, Karachi and Quetta only starting Friday, with the rest of the airspace to be re-opened "gradually".

Authorities have urged passengers to check for more information with their airlines.

The decision to close airspace on Wednesday came after a rare aerial dogfight between nuclear-armed India and Pakistan in the skies over the disputed territory of Kashmir ignited fears of all-out conflict, with world powers rushing to urge restraint.

Both sides claimed to have shot each other's warplanes down, and one Indian pilot was captured. Pakistan has vowed he will be returned to India on Friday in an overture towards New Delhi.

Singapore Airlines was also forced to divert Europe-bound flights to Mumbai and Dubai to refuel, while a flight to Frankfurt was cancelled.

Emirates, Qatar Airways, Saudi Airlines, and Air Canada were all also among other carriers forced to cancel and divert flights.

Pakistan's civil aviation authorities said they had allowed some flights to depart on Thursday.