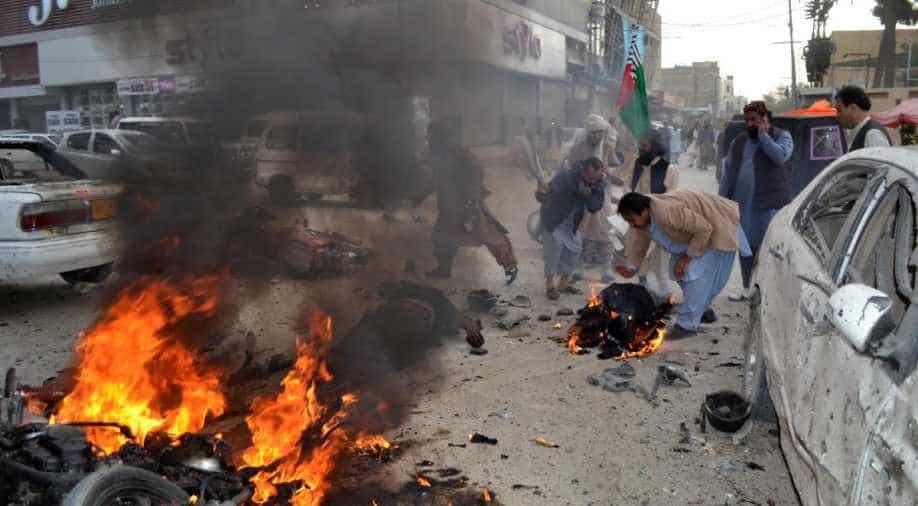 The blast took place in one of Quetta's commercial areas on Barori road, the latest in a string of attacks in the recent weeks in the troubled province.

At least one kid was killed and seven others injured after unidentified men hurled a hand grenade at Barori Road in Balochistan's Quetta, Pakistan media reported quoting police officials.

“The hand grenade was hurled at a shop on Barori Road,” the police said as injured and bodies have been shifted to a nearby hospital.

The police and other law enforcement authorities had rushed to the site of the explosion and cordoned off the area.

The police said that they were investigating the cause of the explosion that also damaged vehicles and shops.

On Monday, at least five persons, including a 10-year-old boy, were killed and 21 others injured in a powerful bomb blast in the Pakistan-Afghan border town of Chaman.

The blast took place after unknown militants planted a remote controlled improvised explosive device on a motorcycle parked in Chaman.

In another blast the same day, at least eight people, including police personnel, were injured near a petrol pump.