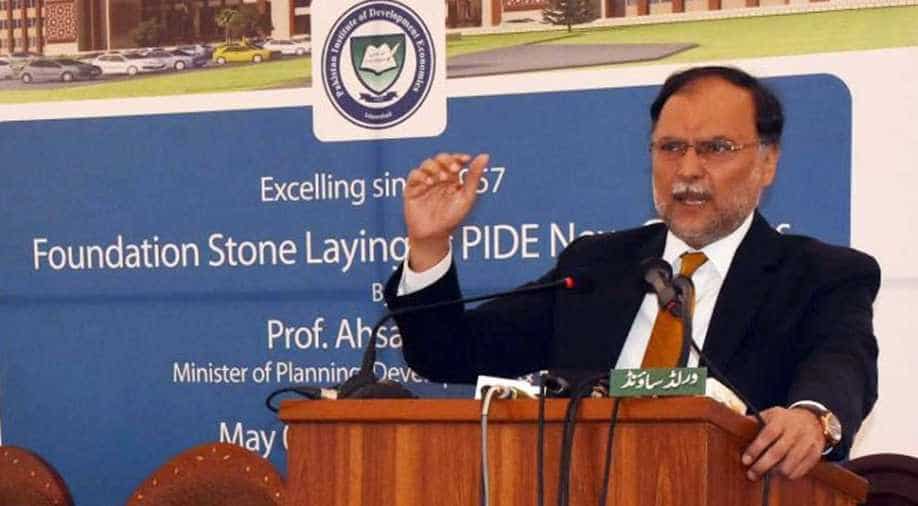 Pakistan's Interior Minister Ahsan Iqbal, who recently survived an apparent assassination attempt, is now in a satisfactory condition, according to the hospital authorities.

Iqbal, who was shot in the arm on Sunday evening, was shifted to the Intensive Care Unit (ICU) after his surgery was completed.

Ahmed Iqbal, the minister's son, said, "My father is now out of danger," reported Geo News.

The minister underwent two operations. One for removing the bullet from his lower torso and the other to mend his broken elbow bone.

However, the bullet that entered Iqbal's abdomen was not removed as pulling it out could have proved to be risky, as per the doctors.

On Sunday, Iqbal was shot by an assassin during a corner meeting in Narowal's Kanjrur tehsil with a 30-bore pistol from a distance of 20 yards.

He sustained a bullet wound in his right shoulder.

The suspected shooter was later taken into custody. He was identified as a 20 to 22-year-old local, residing in Kanjrur Tehsil.

The Punjab government, confirming the arrest, said that the suspect "is being interrogated by the police," Dawn reported.

Ahsan Iqbal, however, will be kept under observation in the ICU for 24 hours more.