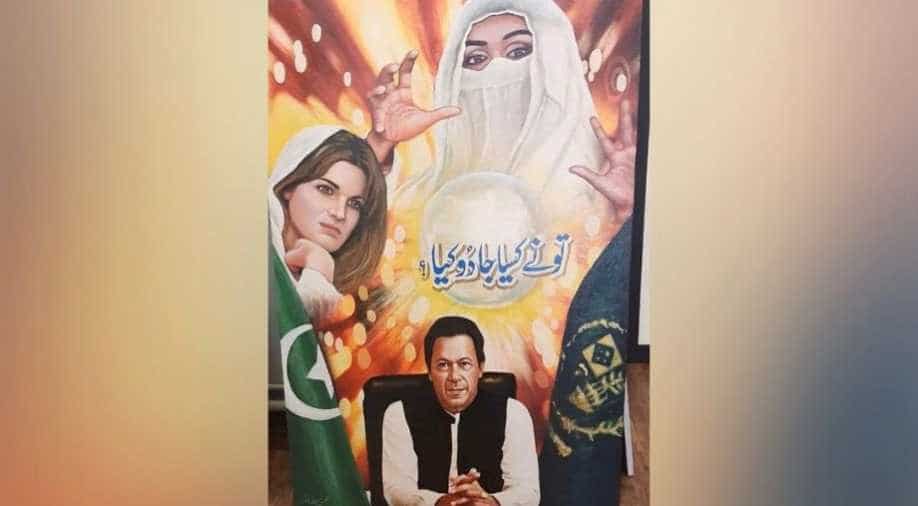 The image which has now been deleted was posted on Twitter with a caption, 'Who doesn't love a Lollywood poster'.

The image which has now been deleted was posted on Twitter with a caption, "Who doesn't love a Lollywood poster".

"Spotted today by a friend in Lahore," she also wrote. 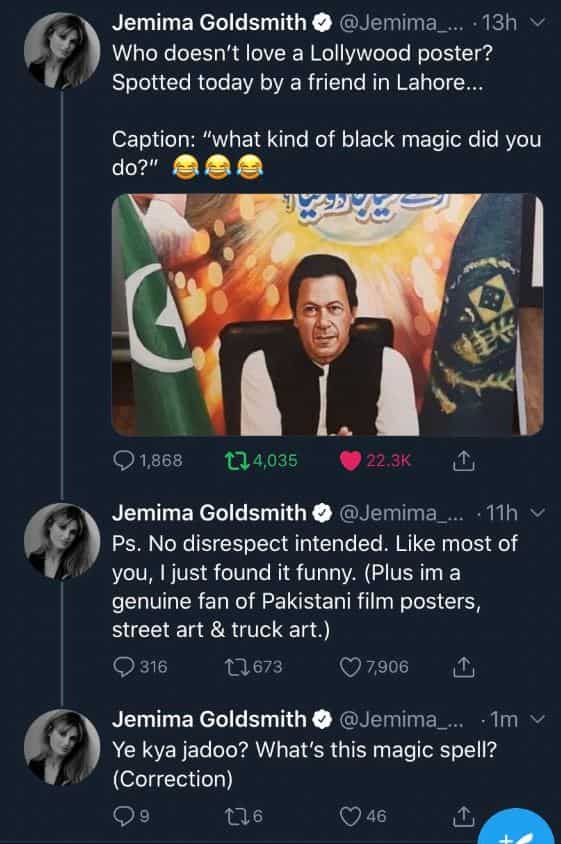 "PS no disrespect intended. Like most of you, I just found it funny. (Plus I am a genuine fan of Pakistani film posters, street art and truck art)," wrote Jemima Khan in the following tweet.

The tweet received mixed reactions from netizens as some laughed with the Jemima; some considered it demeaning.

You are so witty @Jemima_Khan and @ImranKhanPTI will be like ... pic.twitter.com/UjuAAfY7Jv

Some tweets go down in history as once-in-a-lifetime-moment.

Never has anyone seen before a former wife of a sitting prime minister jabbing his current (lawful?) wife online.

This isn't funny. The poster is demeaning to First Lady.

Jemima and Imran had gotten married in Paris in 1995. They were married for nine years and had two sons together before divorcing in 2004.