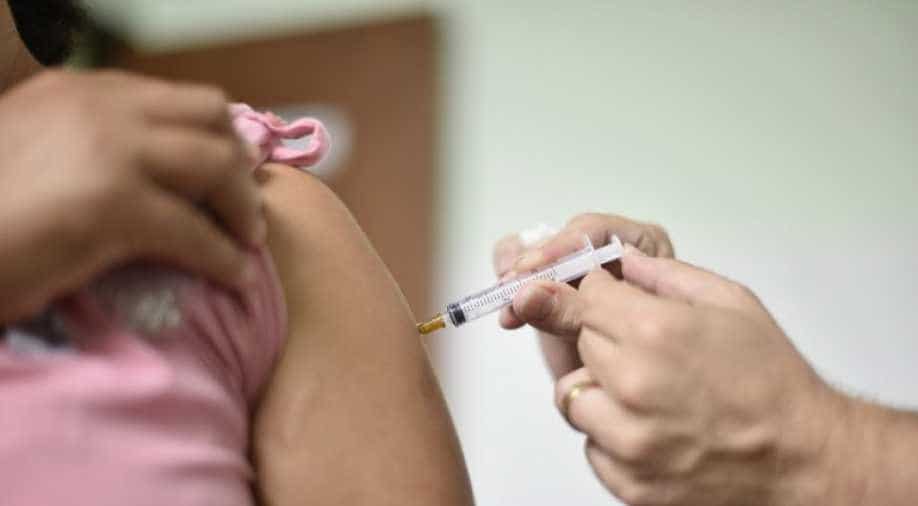 By 2021, vaccination will become a nationwide programme and part of routine childhood vaccination schedules

Pakistan began vaccinating millions of children against typhoid on Friday to try to control a drug-resistant superbug outbreak of the fever that has already infected some 11,000 people since 2016 and risks spreading internationally.

The immunisation campaign, using a newly-developed shot designed to prevent typhoid fever infection for up to five years, starts in the southern Sindh province and is targeted at children between 9 months and 15 years old, officials said.

By 2021, it will become a nationwide programme and part of routine childhood vaccination schedules.

"Beginning the vaccination in urban areas is critical in preventing the disease among the communities most at risk," Azra Fazal Pechuho, Sindh's provincial minister for health, said in a statement. Typhoid also disproportionately affects children.

Typhoid is caused by Salmonella Typhi bacteria and spreads through contaminated food and water. It causes fever, nausea, stomach pain and pink spots on the chest, and in severe cases can lead to complications in the gut and head that can be fatal.

A Global Burden of Disease Study by the US Institute for Health Metrics and Evaluation estimates that in 2017 there were 11 million typhoid cases and 116,000 typhoid deaths worldwide.

The typhoid outbreak in Pakistan is caused by a bacterial strain that has evolved extensive drug resistance and becomes a so-called "superbug". It started in 2016 and has so far infected around 11,000 people, with a death rate of around 1 per cent.

The strain is resistant to all but one antibiotic used to treat typhoid. If it develops resistance to this final antibiotic treatment, disease experts say, death rates among those infected could rise dramatically to as much as 20 per cent.

The new typhoid vaccine was approved in 2018 by the World Health Organization. Its roll-out is funded by the Geneva-based GAVI vaccine alliance, a body backed by the Bill & Melinda Gates Foundation, the WHO, the World Bank, UNICEF and others, which arranges bulk buys to lower vaccine costs for poor countries.

"This was a terrifying disease in the past," GAVI's chief executive, Seth Berkley, said in a telephone interview. "(And) the rise of extreme drug-resistant typhoid risks bringing us back to levels of mortality not seen since the 19th century - posing a risk to all of us."

Cases of have already been spread in travellers to Pakistan from the United States, Australia, Britain, Canada, Denmark and Taiwan, who have brought the disease to their home countries.